VETERAN AUTOMOBILES PREPARE FOR THEIR ANNUAL OUTING FROM LONDON TO BRIGHTON 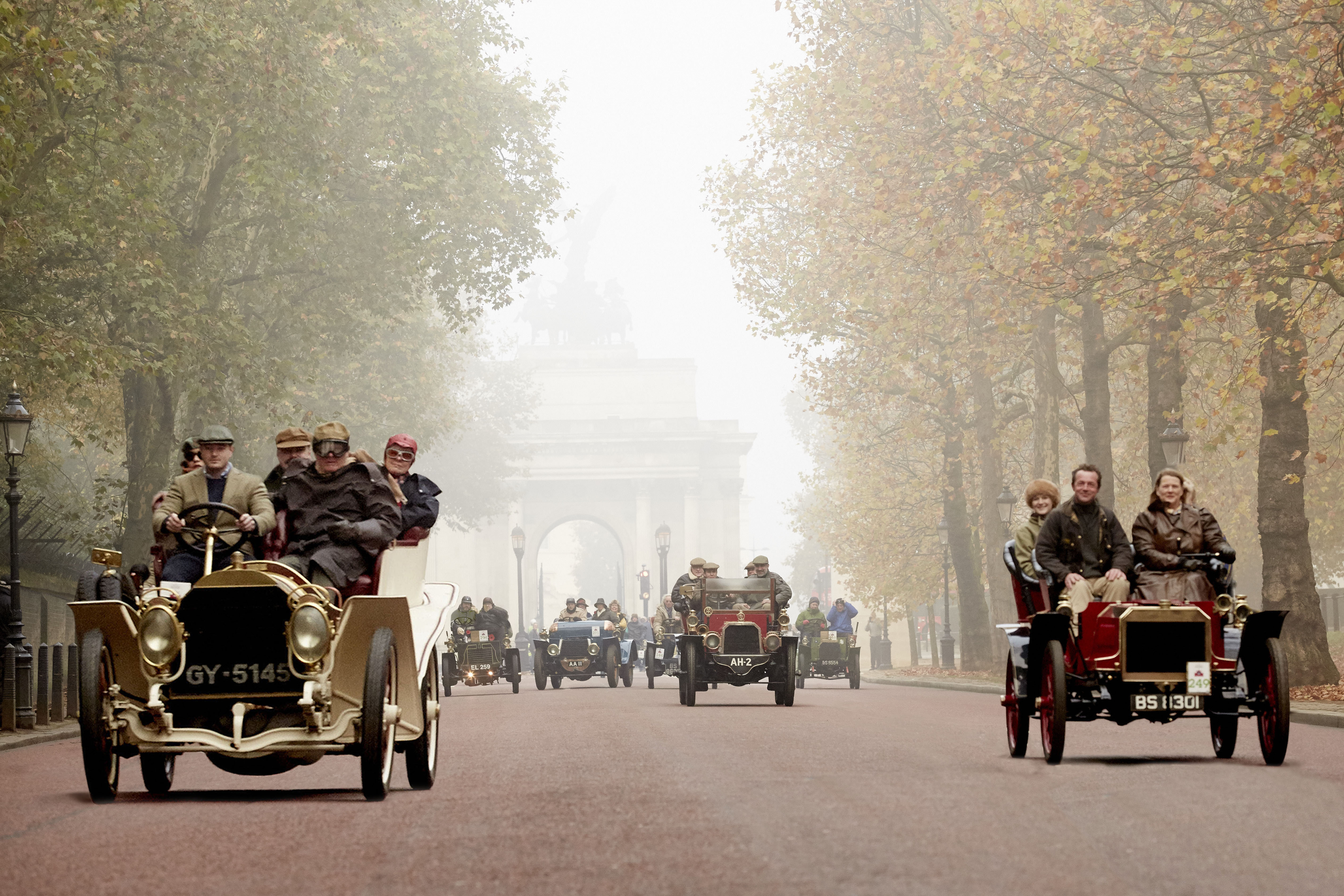 As dawn breaks on Sunday, 6th November, London’s Hyde Park will be full of the sights, sounds and smells of the past.

From 6am, a grand total of 426 veteran cars, their drivers and their passengers – many in period costume – will be lining up to ‘putt-putt’ their way to Brighton as the annual Bonhams London to Brighton Veteran Car Run supported by Hiscox, gets underway.

And just after 7am – and the traditional tearing up of the red flag – the cars will set off for the coast one-by-one. At sunrise three- and four-wheelers, mostly petrol-driven but including 14 powered by steam plus a pair of pioneering electric vehicles – and every single one built before 1905 – all will start out for the coast.

Some of the makes represented, such as Renault, Peugeot, Daimler, Mercedes and Benz – will be familiar to today’s motorists. But there are plenty of long forgotten marques there, too: Mors, De Dion Bouton, Colliot, Purtian and Milwaukee to name but a few.

The Run is the largest free-to-view motoring event in the world and hundreds of thousands regularly line the route to cheer on the intrepid teams.

This year they will be able to spot stars such as Pink Floyd drummer Nick Mason and TV’s Edd China while Ross Brawn and Eddie Jordan will be swapping the high octane world of Formula 1 for a more sedate form of motoring. Jodie Kidd will be taking the wheel of Harrods’ veteran Pope Waverley, while BBC stars Chris Evans, Alex Jones and Ken Bruce will be following the Run in vintage buses, raising funds for BBC Children in Need.

One four-wheeled star is Genevieve, the 1904 Darracq that was the eponymous lead in the 1953 film comedy about the Run, while this year’s event marks the 130th anniversary of the world’s first automobile, the 1886 Benz Patent Motorwagen, giving the Run a German theme.

From Hyde Park, from where the last cars will leave at about 8.15am, the veterans head down Constitution Hill, passing Buckingham Palace and onto The Mall, before turning right onto Horse Guards Road and then left onto Birdcage Walk towards Westminster Bridge.

From there, they pass Big Ben and the Houses of Parliament – where 120 years ago the Locomotives on the Highway Act was passed. This raised the speed limit for ‘light locomotives’ from 4mph to 14mph and abolished the need for the vehicles to be preceded by a man carrying a red flag.

The passing of the Act was celebrated by the first ‘Emancipation Run’ when 30 cars travelled from London to Brighton. It was held on 14th November 1896, the very day the Act came into operation.

Leaving London via the A23 through Lambeth, Norbury, Croydon and Redhill, the cars head towards Crawley and the official halfway halt at Honda Gatwick where the cars can be fettled and the intrepid motorists refreshed at the Harrods Stop.

Although there’s no public access at the Stop, there will be ample opportunity for spectators to get close to the veterans at Crawley High Street, which is where Gatwick Airport will be providing hand warmers to hardy spectators.  The High Street will also mark the start of the Chopard Regularity Time Trial.

The first car is expected at the High Street from 8.15am with the last car leaving at around 1.45pm.

From Crawley the cars head over the Downs towards the finish point at Brighton’s Madeira Drive where the first cars are expected to arrive from just after 10.00am continuing until the event officially closes at 4.30pm.

Robert Brooks, Chairman of Bonhams, said: “It might not sound too difficult to drive from London to Brighton, but in these pioneering automobiles it really is an adventure. I just hope my 1895 Peugeot makes the trip without a hitch… but one can never be sure!”

Peter Read, Chairman of the Royal Automobile Club’s Motoring Committee said: “Being part of this wonderful cavalcade these 400 plus veteran cars driving en masse from the capital to the coast is an incredibly special privilege. If you encounter us on these veterans on the road, though, please treat them with respect and remember that none of them has the braking efficiency of a modern car…”

The Run is just one element of the Royal Automobile Club’s London Motor Week – a seven-day celebration of motoring, which includes an art exhibition, motoring lectures, a motoring forum and a motoring book awards evening.

The penultimate event in the week is the free-to-view Regent Street Motor Show, on Saturday 5thNovember, which turns London’s premier shopping street into a motoring showcase that puts the spotlight on veterans and moderns alike.