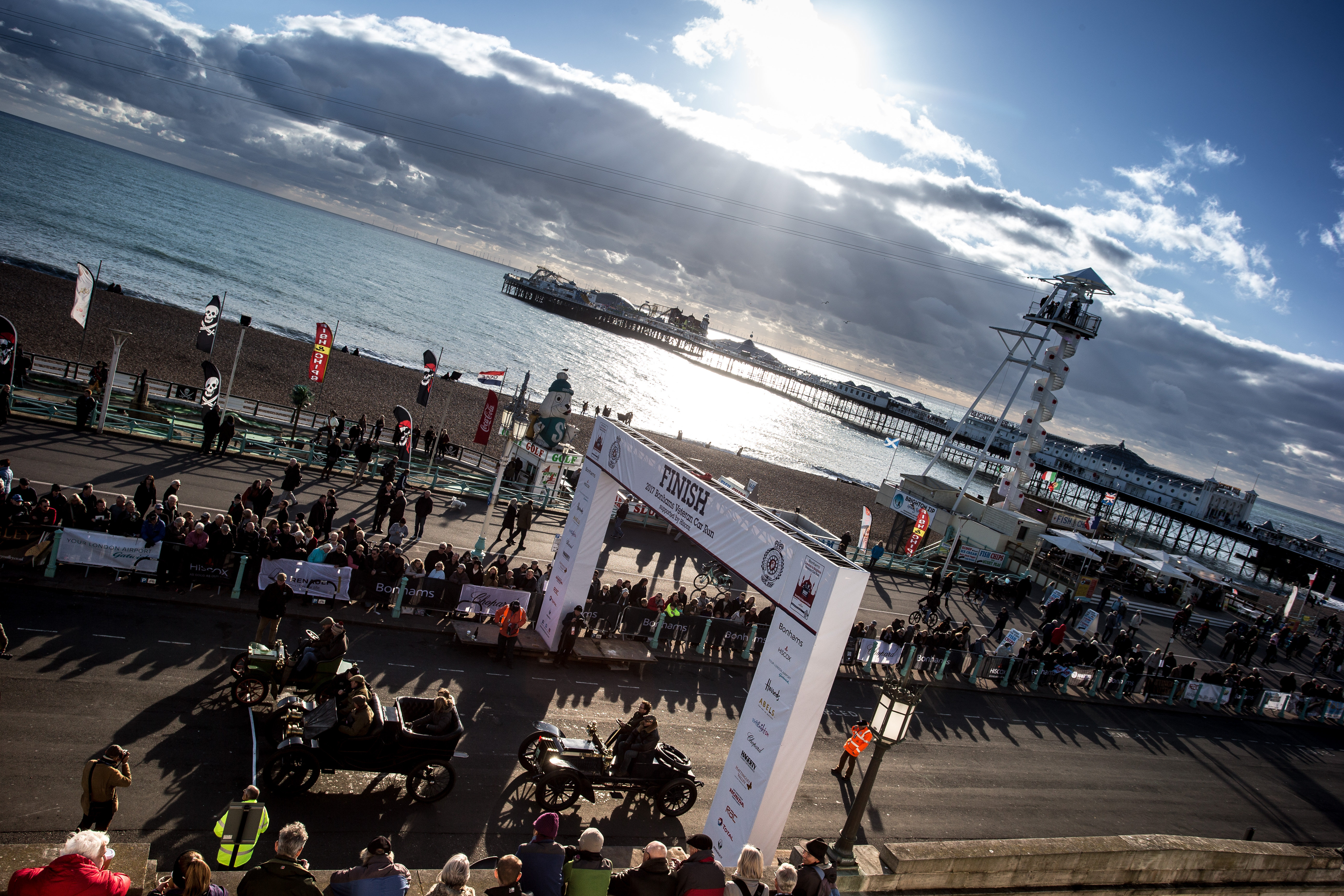 The world’s longest running motoring event delivers a piece of living history as pioneering automobiles make their annual outing
More than 400 pioneering veteran cars, their drivers and passengers gathered in Hyde Park on Sunday (5th November) waiting for daybreak to signal the start of the annual Bonhams London to Brighton Veteran Car Run supported by Hiscox.

Acknowledged as the longest running motoring event in the world, it was fitting that the sun rose in a blue sky as participants headed off for a nostalgic drive to the Sussex coast.

This year the Run featured the largest entry in recent years; staged, as it has been since 1930, by the Royal Automobile Club.

Although a number of cars were diverted following a road traffic accident involving one of the participating vehicles, 315 of the 401 starters made it to Brighton to claim a coveted finishers’ medal.

In recent years the Chopard Regularity Trial has introduced an additional interesting element to the Run. This year’s winner was Robert Abrey driving a 1899 Daimler who was awarded with a Chopard Mille Miglia Chronograph worth £4,950.

The Run marked the end of the Royal Automobile Club’s London Motor Week – a seven-day celebration of motoring, which included an art exhibition, motoring lectures, a motoring forum and a motoring book awards evening.

The penultimate event in the week was the free-to-view Regent Street Motor Show, on Saturday 4thNovember, which turned London’s flagship shopping street into a motoring showcase that put the spotlight on veterans and moderns alike and attracted hundreds of thousands of visitors.

Today’s Veteran Car Run marked 121 years since the original Emancipation Run, which was held in 1896 to celebrate the Locomotive on the Highway Act. This raised the speed limit for ‘light locomotives’ from 4 to 14 mph and abolished the need for a man to walk ahead waving a red flag.

For more details of the event visit www.veterancarrun.com.