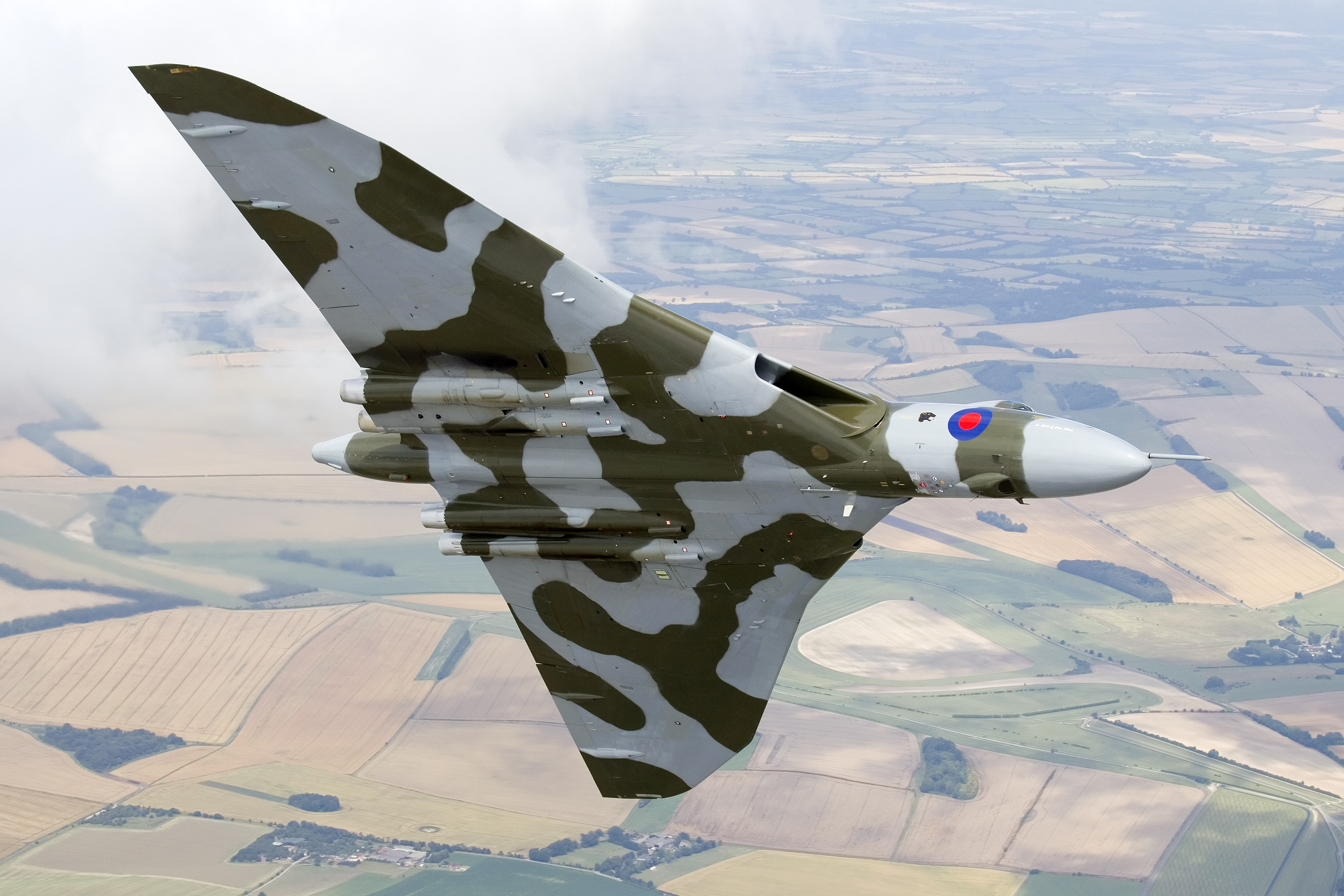 The last airworthy Vulcan Bomber is set to wow crowds at Croft Nostalgia Festival next month (8/9 August) – representing a rare opportunity to catch sight of this legendary Cold War peacekeeper during its final flying year.

The mighty Avro Vulcan XH558 ‘Spirit of Great Britain’ is the last remaining Vulcan in the skies, and will perform one high-speed and two low-speed Fly Pasts over Croft Circuit – fittingly, a former RAF bomber airfield – at 3pm on Sunday, 9 August, weather permitting.

The Avro Vulcan is a powerful example of British aerospace engineering at its world-beating best. The design brief was issued by the Ministry of Defence in 1946 and the aircraft flew for the first time on 30 August, 1952. A true feat of engineering innovation, its speed and agility were so close to that of a jet fighter that it was given a fighter-style control column in place of the traditional bomber pilot’s yoke.

To add further poignancy to the momentous occasion, the Vulcan will be piloted by Martin Withers, who captained Vulcan XM607 on the famous Black Buck raid on Port Stanley Airport during the 1982 Falklands conflict, initiating the campaign that would recapture the islands and earning a Distinguished Flying Cross for his heroics. Two years later, the last Vulcans were withdrawn from service. Withers has promised ‘plenty of noise and different angles of our lovely old girl’ at Croft Nostalgia Festival.

“The Vulcan was one of the most significant steps forward in aerospace technology, and thoroughly British,” explains the man who is now Operations Director and Chief Pilot for Vulcan to the Sky Trust (VTST), the charity that owns and operates the aircraft. “She fires young people with a passion for engineering and innovation and is the most powerful symbol of a remarkable period in global history that we must never forget.”

This Vulcan has already drawn massive crowds around the country during its ‘Farewell Season’, and her appearance at Croft Nostalgia Festival offers one of the final chances to see the aircraft in flight in the north of England before she is grounded forever – a legacy of increasing airframe hours and remaining engine life.

“It is extremely gratifying for XH558 to be making her debut at Croft, albeit sad that she will never be seen here again,” reflected VTST Chief Executive Dr. Robert Pleming.

“XH558 is an iconic example of that remarkable period of intense post-war innovation that made British aviation technology the envy of the world. If you don’t see her this season, there will be no more opportunities to hear a Vulcan’s famous spine-tingling howl as she climbs high into the sky for another dramatic display, or to see her rolling onto her side to reveal her giant delta silhouette.”

“I am thrilled to be able to show the Vulcan at our event, but also sad as it was my pin-up poster as a lad and is still one of the very few aircraft that makes the hairs stand up on the back of my neck,” added Croft Circuit Manager Mike Cantelo. “Its power, manoeuvrability and grace are nothing short of spectacular, and the chance to see the Vulcan in flight and hear the unique, dinosaur-like roar of its four Rolls-Royce Olympus engines really is not to be missed!”

Advance Croft Nostalgia Festival tickets begin at just £10, with weekend passes available for £23 and accompanied children aged 15 and under admitted free-of-charge. For further information or to purchase tickets, see www.croftcircuit.co.uk/racing/nostalgia or call 01325 721815.