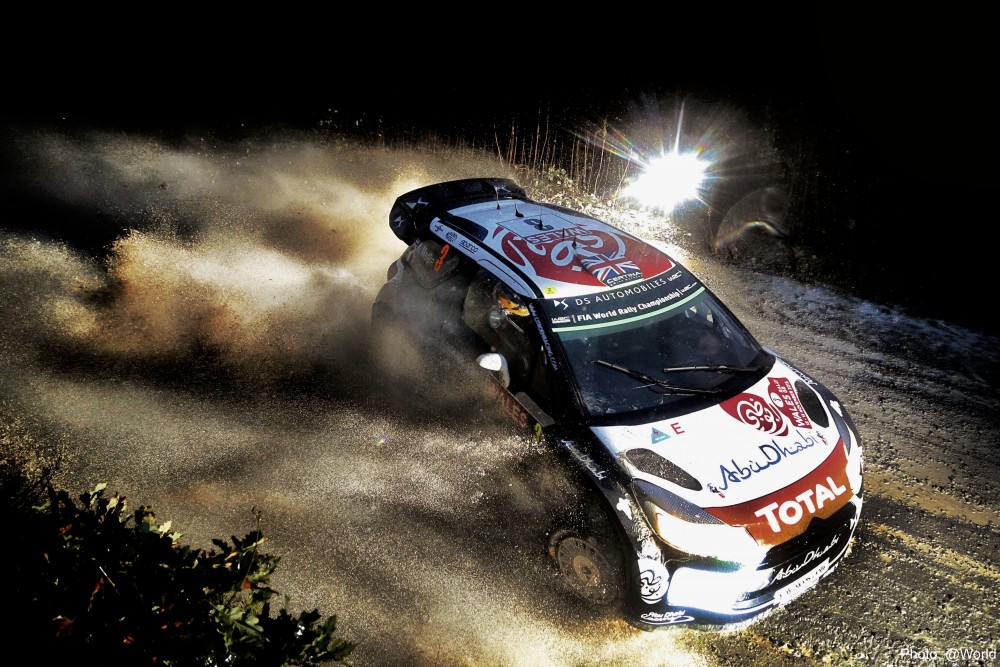 Officials, marshals and spectators have all been praised for helping to make the 2015 edition of Wales Rally GB a tremendous success – despite the elements doing their utmost to derail proceedings.

With its late calendar slot, Wales Rally GB is renowned as one of the most gruelling events on the annual FIA World Rally Championship schedule; extreme weather made this year’s rally even more demanding than usual.

Heavy rain and gale force winds challenged the organisers throughout the week, but the Deeside Service Park still welcomed 160 teams and more than 20,000 visitors. The forest stages went ahead as planned, despite constant monitoring of Storm Abigail and Hurricane Kate, with the only casualty being the closing of the iconic Great Orme stage to spectators on safety grounds.

Substantial overnight damage to the Service Park delayed Sunday’s public opening time, but a stellar effort by the event team meant the Ceremonial Finish went ahead as planned once the wind had abated. It was, reflected Wales Rally GB Managing Director Ben Taylor, a triumph of determination over persistent adversity.

“There have been so many people involved in keeping this year’s Wales Rally GB show on the road, and I really can’t thank them enough,” he underlined. “It was one of the toughest Wales Rally GBs of recent times and everybody played an absolutely vital role in helping to overcome all the obstacles that were placed in our path.

“I must pay particular tribute to Natural Resources Wales this week. Every year the work they put in to prepare the stages receives widespread praise from the drivers and teams, but this year they have made truly enormous efforts to keep the event on track, including removing the felled trees on Sunday morning from Brenig and Alwen.

“But above all else, the outstanding professionalism, meticulous preparation and unflinching commitment of our organisers, officials, marshals, car clubs and volunteers ensured that one of the most challenging editions of Wales Rally GB was also one of the most successful, enjoyed by fans and competitors alike.

“We have seen significant growth in all areas this year with oversubscribed competitor entries, a maximum quota of volunteer marshals, higher advance ticket sales and more commercial partners to help us make it better still. The event is moving in the right direction and work is already underway to make sure the 2016 Wales Rally GB is bigger and better again!”

Deputy Minister for Culture, Sport and Tourism, Ken Skates, said: “Wales Rally GB was yet another success with both the drivers and the spectators.  The challenging conditions meant that organisers and volunteers had a tough job, but I’d like to thank everyone for a true team effort staging a fantastic event and to the spectators for giving all the drivers such a warm welsh welcome despite the elements. I’m already looking forward to the 2016 event – which will of course be Wales’ Year of Adventure. The earlier timing in October may mean that the weather conditions will be kinder and will give us an excellent opportunity to attract more people to Wales during half term.”

There was even more cheer for the hardy crowds, as Citroën Total Abu Dhabi World Rally Team star Kris Meeke became the first British driver to finish on the podium on home soil in almost a decade-and-a-half by piloting his DS3 WRC to the runner-up spoils.

“I want to thank all the spectators – not just the home fans, who were incredible, but anyone who stood out in the rain – and that goes for the officials as well,” the Northern Irishman remarked. “There was an amazing atmosphere about the event; even inside the car, we did get that real feeling of it being a classic.

“The conditions were incredibly challenging; I know that’s not something new at Rally GB, but this weekend in particular the rain never seemed to stop. It came in sideways at times, like only Wales knows how, but the fans were still there with the flags, banners and air horns and you can feel it in the car, believe me. It was a fantastic experience.”