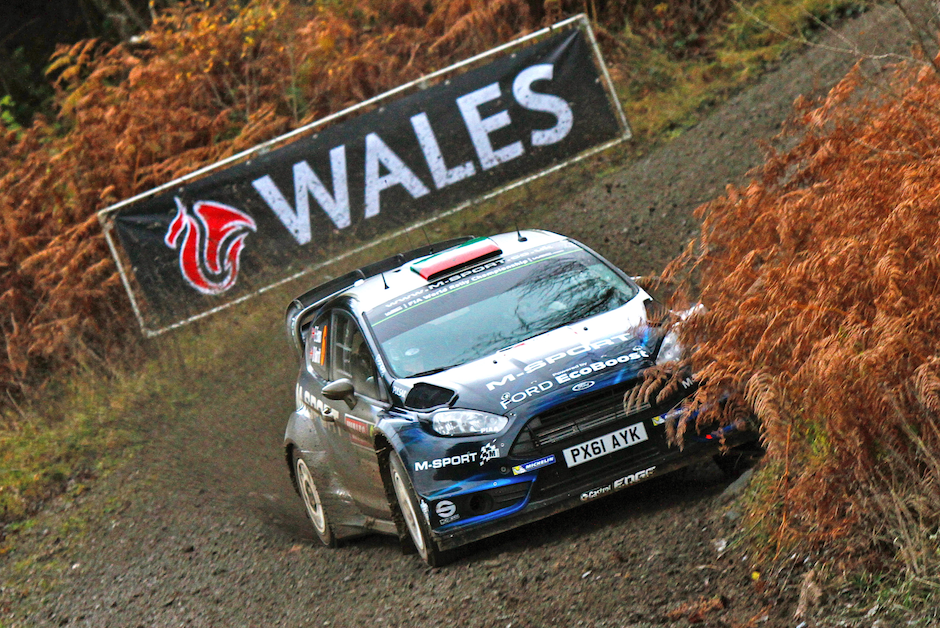 International Motor Sports (IMS) Ltd is delighted to confirm that it has reached agreement with the Welsh Government to continue its support of Wales Rally GB until the end of 2018.

The UK’s round of the FIA World Rally Championship (WRC) has been branded Wales Rally GB since the Welsh Government became principal funding partner in 2003. Now, a new deal will extend this successful partnership for an additional three years making it one of the longest running title affiliations in British sport.

Ben Taylor, Managing Director of IMS said: “We are delighted to have agreed a new deal with the Welsh Government whose support has been critical to the long standing success of Wales Rally GB. Their forward thinking strategy allows our event to deliver around £10m of economic value to the Welsh economy in addition to a world-class event that brings business, tourism and many other commercial benefits to the country. The move to north Wales has been a great success in recent years; we can now look forward to building on that platform and implementing exciting new plans to grow the event still further. The Welsh Government’s extended support for this international event is fantastic news not only for rallying in Wales but also for the motor sport sector in the UK.”

The Economy Minister, Edwina Hart, said: “I’m pleased that we can announce an extension to our successful partnership with IMS to support the Wales Rally GB for a further three years. This world class event continues to go from strength to strength and has developed a strong profile on the World Rally Championship calendar.

“Developments such as the Rallyfest stages have proved invaluable in appealing to a wider audience, making the sport more open and accessible to all, attracting more visitors and bringing additional economic benefits as a result.

“The Rally provides an ideal platform for Wales to showcase its wide range of capabilities, including its spectacular sceneries, Advanced Materials and Manufacturing Industries and its ability to successfully deliver world-class major events. With the funding now in place, we can look forward to an even greater event in 2016.”

Wales Rally GB is the highlight of the UK rallying calendar and is renowned around the globe as one of the most famous and challenging in the WRC. It’s one of only two events that have remained a permanent fixture since the WRC’s inception in 1973 and the timed competitive special stages set in the legendary Welsh forests are acclaimed as some of the world’s finest.

Wales Rally GB was based in south Wales from 2003 to 2012 before its relocation to a new headquarters in north Wales in 2013.

This year’s Wales Rally GB takes place between 12-15 November. Advanced tickets offering significant discounts are already on sale. Full information on these and the 2015 rally route can be found on the official www.walesrallygb.com website.

Elfyn Evans, M-Sport World Rally Team
“This is massive news especially for the local economy. Coming from the area I’m fully aware of what having a big event like this in north Wales does for the region. It’s not just in one part either – these benefits are spread all over north and mid Wales, so it’s fantastic that the Welsh Government has decided to reinvest again. Obviously I’d love to be on the podium and, perhaps, even win Wales Rally GB before 2018!”

Sébastien Ogier, 2013 & 2014 FIA World Rally Champion, Volkswagen Motorsport
“Wales Rally GB is a historic rally in the championship. Britain is a country of motor sport, with much history in rallying and Formula 1. We should continue to race there and Wales has fantastic forest roads to drive. Of course I will be happy to have Wales staying in the championship – even if it is a hard challenge for me. I have managed to learn it, and win it, now with that experience and I want to do it again!”

Malcolm Wilson OBE, Team Principal, M-Sport World Rally Team
“It’s great news to see this level of investment and the length of the investment which is important, particularly after the rally has now developed and has such a good base in north Wales. This will let the organising team continue to build on what has been such a success in recent years. This is a great stepping-stone for the event to go from strength-to-strength as I do believe now it has the right platform to build on. This event has so much history and has seen so many battles over the years often for the world championship title that I can’t imagine the world championship without it.”