What might have been: Veloce Racing’s all-or-nothing gamble that nearly paid off 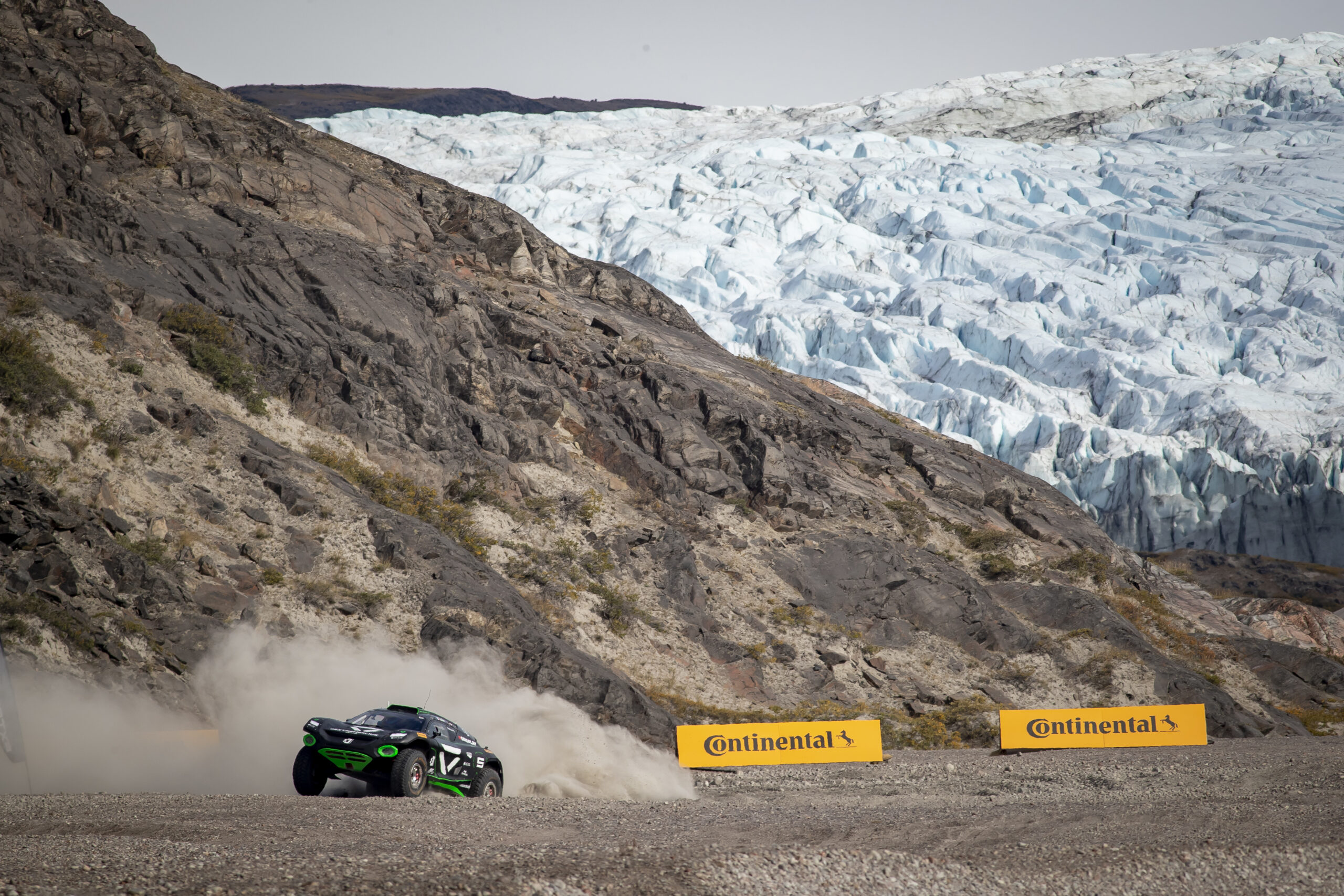 It wasn’t meant to be for Veloce Racing today (29 August) during the Arctic X Prix’s first Semi Final, as the revised driver line-up of Emma Gilmour and Stéphane Sarrazin gave it everything they had, ultimately, to no avail.

Sarrazin’s last gasp attempt to make progress through the course’s infamous ‘Rock Garden’ ended in a broken steering arm and heartbreak for the team.

Off the back of the London-based squad’s breakthrough Senegal Podium at the Ocean X Prix, expectations were high in the build-up to Extreme E’s third event of 2021 in Kangerlussuaq, Greenland.

This anticipation was buoyed when the Veloce duo qualified fifth on Saturday, propelling them into Semi Final 1 and giving them a strong chance of making the all-important final.

A revised qualifying format for this weekend meant that classification points were allocated to teams across the two qualifying runs instead of the combined session time deciding the result as was the case in the first two rounds. The total of those points provided the intermediate standings and decided the order for the Semi-Finals.

An encouraging opening lap from Gilmour in Qualifying 1 was only hampered by a track marker infringement and Sarrazin duly followed up with another competitive lap. Thanks to the efforts of both drivers, the #5 car ended the session with an eye-catching fourth-fastest time.

Qualifying 2, however, would not go so smoothly for the duo. A power steering issue early in Sarrazin’s lap meant that both drivers were battling for control of the car throughout the entire run.

Despite the technical gremlins, the Veloce Racing squad managed to bring the car home in sixth in Q2, an incredible achievement to overcome such challenging circumstances.

Sarrazin and Gilmour accrued a total of 10 points across the two sessions leaving them fifth in the overnight qualifying points classification.

Gilmour lined up on the grid to take the start for Veloce Racing in Semi-Final 1, and the Kiwi did not disappoint, snatching the lead around the outside of the first quick left-hander.

It was not to last, however, as Carlos Sainz Snr. tactfully activated his hyperdrive to take back the position before heading into the single file section. Gilmour refocussed and masterfully held the X44 car of Cristina Gutiérrez at bay for the remainder of the lap before duly handing over to Sarrazin to hunt down Laia Sanz.

The Frenchman emerged from the Switch Zone with his hands full as nine-time World Rally Champion Sébastien Loeb bore down on him, eventually squeezing past the #5 car relegating Sarrazin to third place.

After showing enormous commitment with a heart-stopping jump at the back end of the course, Sarrazin went for it, utilising an alternate line through the treacherous ‘Rock Garden’ in an all-or-nothing strategy to take the lead with the finish line in sight.

The team let out a collective gasp as Sarrazin slowed with just meters to go before the chequered flag. Boulders in the ‘Rock Garden’ dealt a serious blow to the ODYSSEY 21, resulting in a puncture and subsequent steering arm collapse leaving Sarrazin to limp home in third.

As a result, the Veloce squad did not progress further into the Arctic X Prix Final, despite a heroic effort from the two drivers.

Emma Gilmour, W Series Driver, Veloce Racing commented: “What an amazing race. It was so exciting to watch in the Command Centre and I thought ‘he [Sarrazin] has done it, we’re going to be first’ and then ‘oh no we’re not’ so it was crazy, really crazy.

“I was happy with my run though, obviously I still have room for improvement but for the task that I had, it was always going to be a big ask with so little time in the car. Even just little things like the driver switch take a lot of getting used to but I think Stéphane and I worked really well together.

“The team did a great job. They worked really long hours to get the car ready and it’s just a shame we didn’t get a chance to race in the final. We were a bit unlucky but I think there’s lots of positives to take away from the weekend.”

Stéphane Sarrazin, Extreme E Driver, Veloce Racing added: “The car was good. The Semi-Final was obviously an amazing race, Emma did a very strong job at the beginning and gave me the car in second.

“Carlos [Sainz] was 12 seconds in front and Sébastien [Loeb] caught me in the very narrow part of the track, after he got past I followed him and I caught both of them at the end of the track and I tried to overtake in the ‘Rock Garden’. I went to the right and I think it was a move I had to do, but unfortunately I got a puncture and over the last jump I lost my damper and I had to finish slowly.

“It was such an exciting race. We had really strong pace and we could’ve made it to the final but this is all part of the race and the game. It was a great weekend overall and the team did an amazing job and Emma was brilliant in her first weekend in Extreme E.”

Rupert Svendsen-Cook, Extreme E Team Principal, Veloce Racing added: “I think this one almost hurts more than the first round in Saudi Arabia because we were really competitive today.

“Emma did an incredible job in her first weekend of Extreme E and both the drivers put the car exactly where it needed to be every step of the way. Stéphane’s alternate line through the rock garden was a huge gamble, but one we had to take if we were to make it through to the final.

“It’s all part of racing. The highs and the lows that you go through as a team. I think we can hold our heads high coming away from this weekend – we gave it everything we had and sometimes you just get unlucky.”