WINNER TAKES ALL IN RALLYCROSS END OF SEASON SHOWDOWN 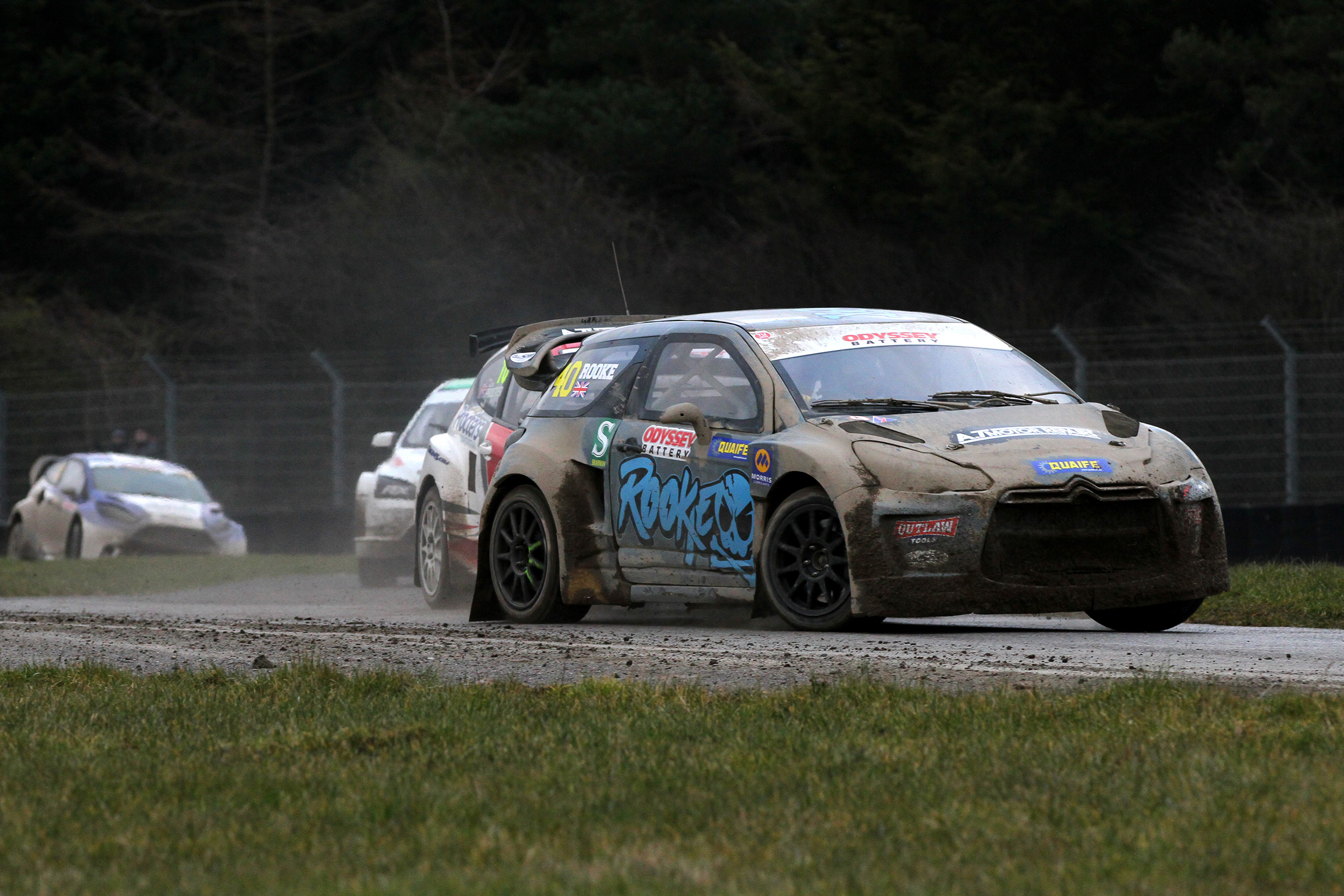 Croft Circuit is gearing up for an action-packed weekend of high-octane horsepower and mud-slinging thrills later this month (22/23 October), as the MSA British Rallycross Championship in association with ODYSSEY Battery storms into North Yorkshire for both its eagerly-anticipated season finale and the winner-takes-all Procters Coaches MSA British Rallycross Grand Prix.

Rallycross is an irresistible blend of rallying and circuit racing, and never fails to captivate crowds with wheel-to-wheel duels on both asphalt and gravel. There are some 70 entries on each day at Croft – more than 20 of whom are local favourites – as the country’s finest exponents of the sport prepare to duke it out for the final honours of 2016 on Saturday, ahead of a tantalising tussle for the coveted ‘GP’ trophy the following day.

In the headlining Supercar class for flame-spitting, 600bhp+ behemoths, although the destiny of the laurels might already have been decided in favour of Dan Rooke – the youngest ever British Rallycross Champion at just 19 years of age – there is a fierce fight brewing for the runner-up spoils between outgoing title-holder Julian Godfrey, Dave Bellerby from nearby Northallerton and European Championship regular Ollie O’Donovan.

Others to watch in the Supercar category will be Bellerby’s brother-in-law Kevin Procter – chasing his third victory of the year – and Barnard Castle resident ‘Mad’ Mark Watson behind the wheel of his distinctive Citroën Xsara T16.

Bellerby’s two daughters are also due to compete – Paige chasing the crown at Supernational level and Drew contesting the ever-entertaining, one-make Swift Sport series – while keeping it firmly in the family, Procter’s nephew Joe Cunningham from Bedale further swells the Supernational ranks.

Northallerton’s Guy Corner is another local in the hunt for Supernational success, with Tom Constantine (Richmond) just six points shy of the top of the MSA Junior Rallycross Championship table. Indeed, Supercars aside, the majority of other titles are still to be settled, meaning very little quarter is likely to be given anywhere around Croft’s challenging rallycross layout.

Knottingley man Craig Lomax has his sights set on Super 1600 silverware, while Harrogate-based brothers Kris and Keifer Hudson are the leading lights in the BMW Mini Championship – a class that also comprises Stockton-on-Tees father and daughter Martin and Jennie Hawkes.

Stewart Bowes from Middlesbrough, meanwhile, will be keen to cap a sparkling campaign with ‘GP’ glory in the evocative Retro Rallycross category. He will be joined by sons Jordan – in the same class – and Jason, making his British Rallycross debut in the Hot Hatch field.

“The MSA British Rallycross Championship is one of the undisputed highlights of the year at Croft,” enthused Drew Furlong, British Automobile Racing Club (BARC) Chief Operating Officer, “all the more so when it is combined with the British Rallycross Grand Prix, an event in which nobody has anything to lose and caution is well-and-truly thrown to the wind.

“We’re delighted with the number of entries that have been received – confirming Croft’s status as one of the most popular and well-attended rounds on the calendar – and with so many local drivers competing up towards the sharp end, the chances of ‘home’ celebrations are high. Tickets are extremely reasonably priced for what is sure to be a flat-out weekend of family-friendly fun – it’s a pure adrenaline rush and a terrific way to kick-start the half-term break!”

Tickets are available in advance until midnight on 18 October priced at just £10 per day, with weekend tickets on sale for £18. Those prices rise to £15 and £20 respectively on the gate. Accompanied children aged 15 and under are admitted free of charge. Gates open at 08:30 on both days, with on-track activity beginning at 09:00.

For further information on the event, visit http://www.croftcircuit.co.uk/racing/british-rallycross-oct or call 01325 721815.