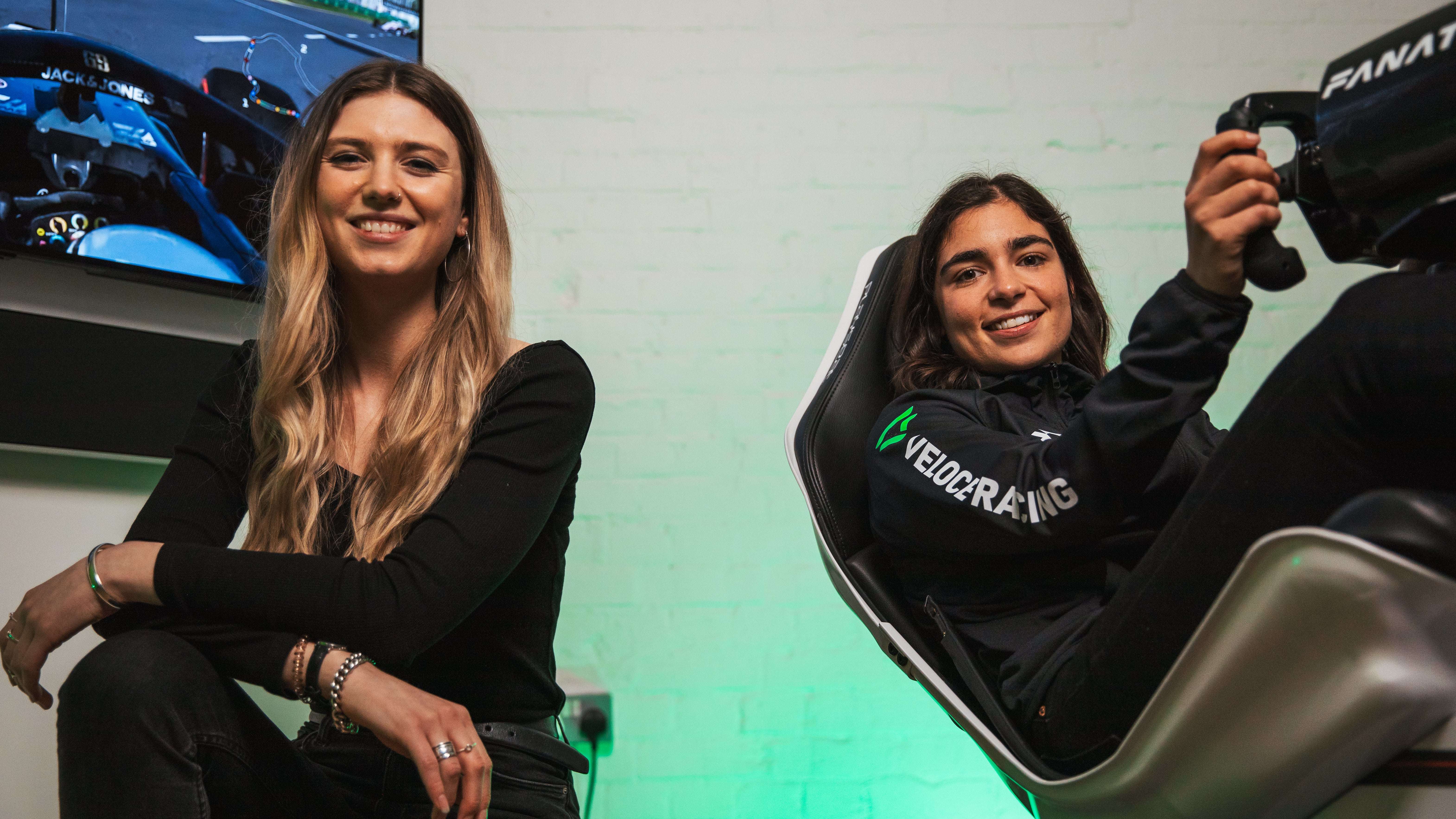 Veloce brought together some of the very best female sim racers, content creators and motorsport stars in celebration of International Women’s Day today (8 March), with the aim of inspiring more females to get involved in these traditionally male-dominated industries.

Female participation in the motorsport and esports spheres has seen significant increases in recent years, with the success of the W Series and ever-greater numbers of women getting involved in gaming. Despite these recent advances, however, there is still much more that can be done, as just two women have ever made it onto a Formula 1 grand prix grid. Likewise, the number of females participating or working in esports was recently estimated to be around the 30% mark.

Veloce and EV news outlet Electroheads decided to address the under-representation of women in these industries with ‘The Ultimate Female Racer’ challenge.

The drivers raced around the iconic Silverstone Grand Prix Circuit on the official F1 2020 video game by Codemasters, with each participant setting a hot lap as well as taking part in a winner-takes-all race. All of the drivers posted competitive times and drove well during the race, but the eventual Ultimate Female Racer Champion was Dutch sim-racer Maxime. During the race, the participants were quizzed with questions submitted by fans that sparked a topical conversation around the challenges faced by females in industries where women are traditionally under-represented.

“We all really enjoyed taking part in this race and Q&A. It was great to get all of us together and have some fun racing whilst also raising awareness of the importance of gender equality in motorsport and answering some fan questions from girls wanting advice on the industry.

“Days and events like these are vital for promoting female participation in motorsports and gaming. We’ve come a long way for women in motorsport over the last couple of years, but there is still much further to go so we can’t take our foot off the gas now.”

“It was so cool to get involved with an event that brought these amazing young women together.  Obviously it was a bit out of my comfort zone as I’m usually playing Call of Duty, but I still had a great time. We all appreciate the importance of promoting equality and days like International Women’s Day provide an ideal platform.

“All these women are so talented in their respective fields and industries, so it’s really inspiring to see them all come together to promote female empowerment. There were some great questions from the fans, too, which kept us all on our toes! Hopefully we can all work together again in the future and we managed to inspire a few fans out there!”

“Our growing army of Electroheads is made up of all genders and we passionately believe in International Women’s Day’s mission to forge a gender equal world, celebrate women’s achievements and take action for equality. That’s why I’m honoured that Veloce chose me to host the Ultimate Girl Racer challenge.”

Veloce aims to inspire females not just on International Women’s Day, but every day of the year. The team plans to provide a platform for women to engage with and experience esports and electric motorsport, with further events and programmes planned throughout the year.