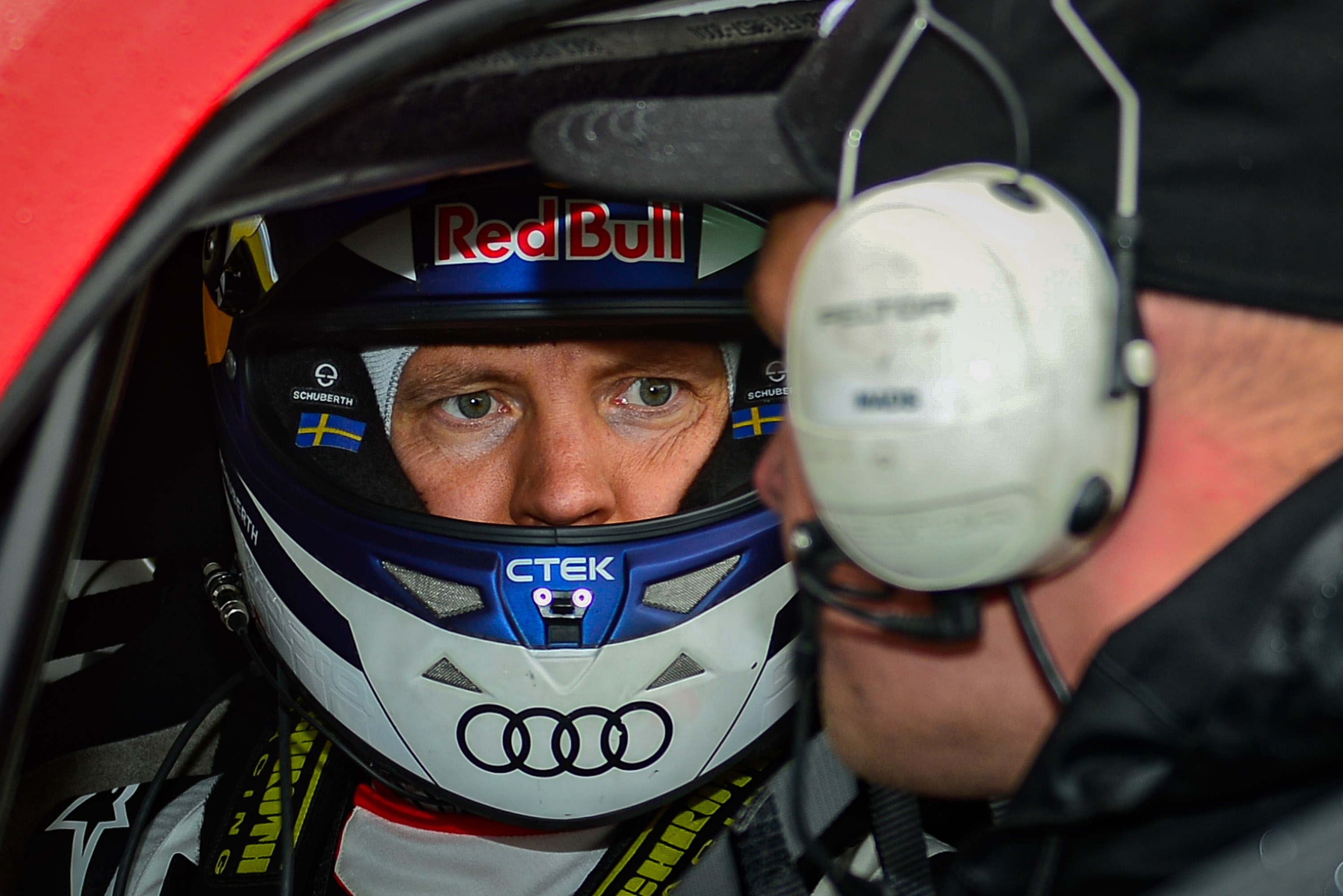 Ekström and JC Raceteknik first teamed up at Spa-Francorchamps back in May for World RX of Benelux, and the Swede – whose glittering career CV also includes two DTM touring car titles and three victories in the Race of Champions – will return to the fold behind the wheel of the rapid Audi S1 at a track barely 100km from his hometown of Falun.

“I’m always excited to drive this car, and after Spa, I know that it works well with JC Raceteknik,” he remarked. “They have done a fantastic job this year, and I look forward to supporting them and competing myself – I love winning and chasing big trophies!

“Since this event is close to my hometown, I expect there will be some people supporting me at Tierp, and I am also excited to have some old partners and new colours on the car for the weekend. Bilmetro has always been kind and supportive to EKS since day one, so I thought this was a good idea as they had just built a new facility for their Audi dealership in Gävle. Thanks also to Ramudden, who always support me racing.”

Tierp will be a big weekend for JC Raceteknik, as the squad chases championship glory in both the headlining Supercar and Supercar Lites categories. Hot off the back of victory in Finland last time out, recently-crowned FIA European Rallycross Champion Robin Larsson currently sits four points behind Oliver Eriksson in the overall standings – with 30 remaining up for grabs.

A tense title showdown is in prospect, and JC Raceteknik Team Principal Joel Christoffersson hopes that together, Larsson, Ekström and Mats Öhman will prove to be an irresistible force in the squad’s pursuit of silverware.

“It feels great to get Mattias back in the team,” he acknowledged. “When I called him and asked if he wanted to drive for JC Raceteknik at Tierp, he was very keen and we are really pleased to give the Swedish supporters the opportunity to watch Mattias compete on home soil in a rallycross car this year.

“He is a very good driver, so we will take the opportunity to try to develop the car further. Everyone who knows Mattias knows he will be a contender for the podium. It will be a fun fight with lots of action, and we hope to see plenty of rallycross fans there.

“Regarding Robin, we arrive at Tierp as the hunter in the championship, but we are not worried about it. We are four points behind Oliver [Eriksson], and the approach is to take things smooth and simple.”

Tickets are available to purchase at tierparena.com/rallyx-nordic-final, beginning at SEK 165 for Saturday (21 September), SEK 295 for Sunday (22 September) and SEK 335 for the full weekend, with accompanied children aged 14 and under admitted free of charge. Sunday VIP options are also available at SEK 1,595.

For those unable to get to the track, the semi-finals and finals will be livestreamed at www.facebook.com/rallyxnordic and www.rallyx.se/rallyx-tv, and broadcast live on Viasat in Norway and throughout the Baltic regions on TV6 Latvia.