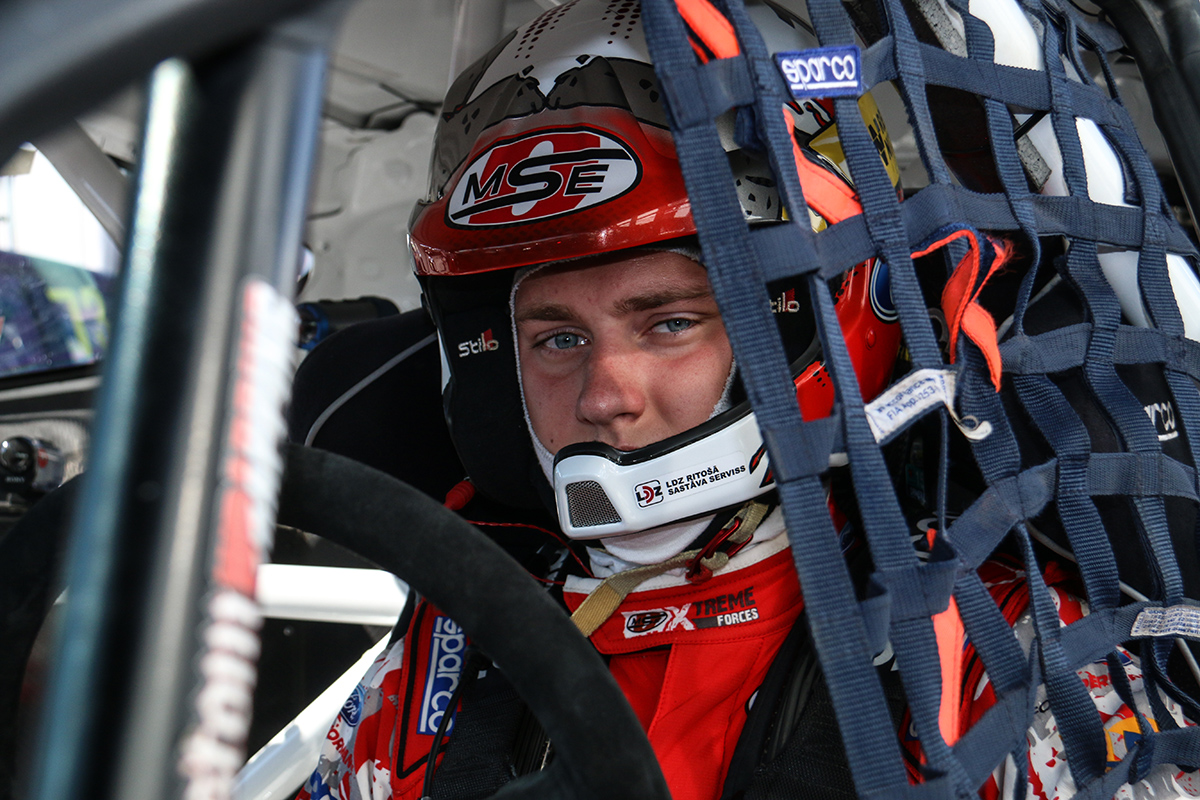 With the 2015 campaign racing towards a nail-biting conclusion across British Rallycross’ various classes, Nitiss’ appearance will inject further excitement into a sport that is already grabbing headlines on an international scale.

The Latvian – a World RX event-winner – will not be behind the wheel of his usual OlsbergsMSE Ford Fiesta ST Supercar, but rather will take to the track in an RX Racing RX150 Buggy for the first time. Nitiss has previous experience of competing at Lydden Hill in both World and European RX, and he is palpably pumped-up for the opportunity.

“I’m really looking forward to racing at Lydden Hill, but it won’t be easy because I have never driven a buggy and there will be no time for me to test before the event,” he reflected. “I’m sure the British guys are really fast, but I hope I can get up-to-speed quickly. I’m really pleased to have been invited to race.”

Nitiss will find himself pitched against no fewer than ten RX150 rivals as he prepares to go wheel-to-wheel around rallycross’ spiritual birthplace. BARC General Manager Ian Watson reflects that the 19-year-old’s participation is a real coup.

“It’s great that Reinis will be joining British Rallycross at Lydden Hill,” he affirmed. “RX Racing has worked hard to make this happen, and a lot of thanks must go to [RX150 championship co-ordinator] Ollie O’Donovan for his help in this too.

“To have someone from the World Rallycross Championship compete in British Rallycross shows the progress that we are making in the promotion of the sport, and I am sure that Reinis’ appearance will be a treat for everyone on Monday.”

Indeed, there will be action aplenty throughout race day at Lydden Hill, with battles brewing in every class as competitors face off in the seventh round of the 2015 campaign. With fast-and-furious racing guaranteed, the tension will be palpable as the season speeds towards a dramatic climax.

Nowhere is it more competitive than in MSA Supercar in association with Odyssey Battery, where five drivers are duking it out for title glory. World Rallycross wildcard Andy Scott triumphed in Kent back in April as he went on an early-season rampage in his Peugeot 208, but the Albatec Racing ace has since been overhauled by defending British Champion Julian Godfrey in his Ford Fiesta off the back of three victories from the last four outings.

Just 13 points separate the pair arriving at Lydden Hill, with O’Donovan – fresh from contesting the Norwegian round of World RX in Hell – Andy Grant and Kevin Procter all waiting eagerly in the wings and poised to pounce on even the slightest of slip-ups. There will also undoubtedly be a rapturous reception for former British and European Rallycross Champion Pat Doran in his Citroën DS3.

There is a similar bumper entry in MSA Supernational, with Daniel Rooke, Gareth Wood and Allan Tapscott embroiled in a tight tussle at the top of the standings and local heroes Stuart Emery (Faversham) and Vince Bristow (Hastings) eager to crash their party on home turf.

Craig Lomax is the man to catch in Super 1600, but the returning Mark Gamble will look to keep the runaway pace-setter firmly on his toes, whilst there is a tremendous entry in the Swift Sport category.

Canterbury’s Tristan Ovenden, Darren Scott from Sittingbourne and Deal’s Rob Maynard occupy three of the top four spots in the championship classification – with Jack Brown the sole interloper in the internecine Kent battle in second. MSA General Secretary Simon Blunt – more accustomed to racing a Jaguar XJS in the Jaguar Enthusiasts Club Championship – will also enter the fray as he makes his rallycross debut.

Sittingbourne’s Paul Maybourne is another local star in the BMW Mini / Hot Hatch class, whilst there will be further thrills ‘n’ spills from the MSA Junior Swifts, RX150 Buggies – boosted by the additions of Nitiss and World RX commentator Andrew Coley – and the ever-popular Retro Rallycross, bringing together some of the sport’s most iconic cars in the shape of an MG Metro 6R4, Porsche 911, VW Beetle and Escort BDA amongst other evocative machinery.

What’s more, throughout the day on Saturday (29 August), British Rallycross cars will be on display in Canterbury High Street. Tickets will be available for Monday’s racing priced at just £15, or can alternatively be purchased either online or on the gate. Accompanied children aged 12 and under will be admitted free of charge. See www.lyddenhill.co.uk for further details.