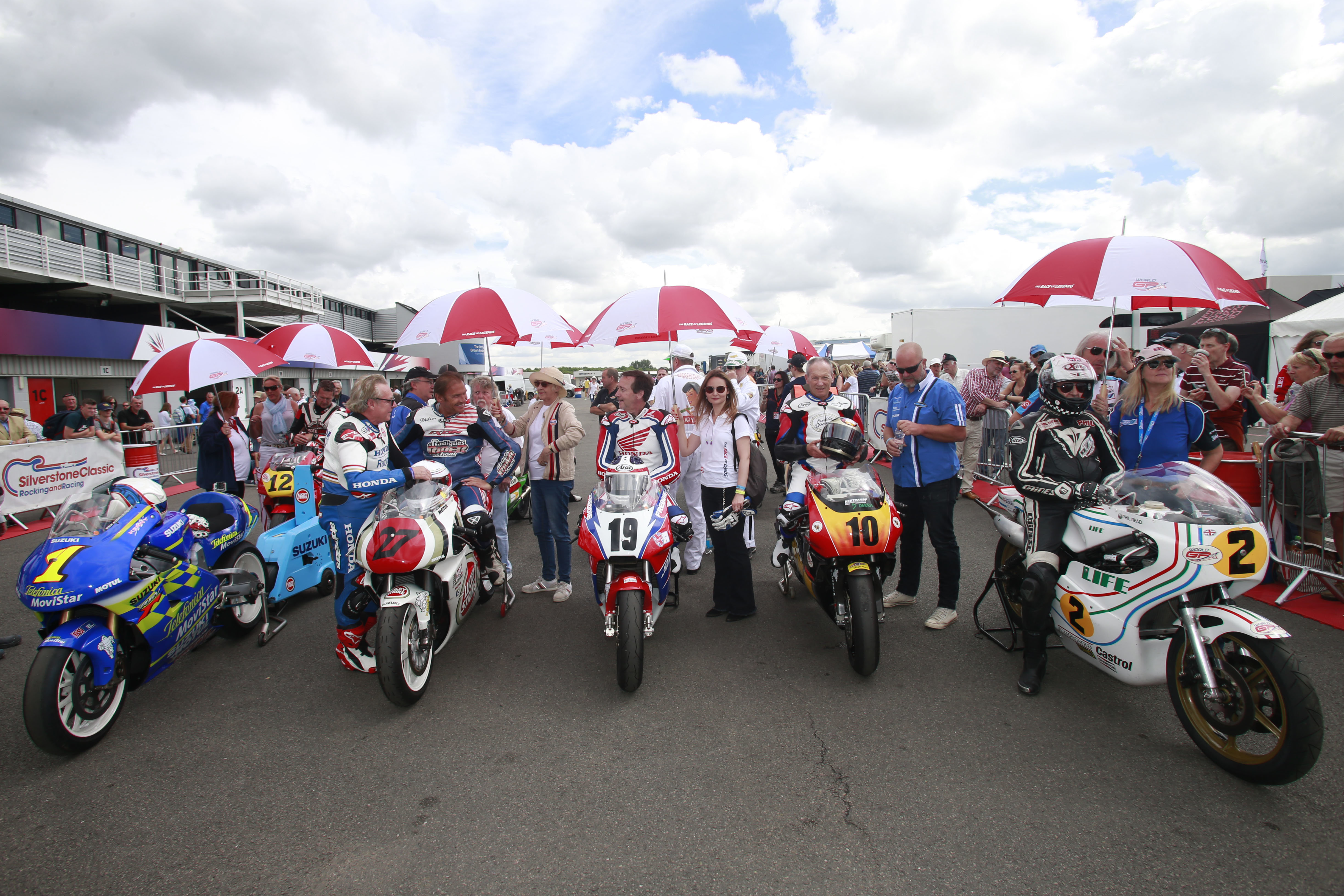 With the countdown to this month’s Silverstone Classic (26-28 July) now in full swing, World GP Bike Legends have announced a glittering roster of motorcycle racing idols to wow the crowds at the world’s biggest classic motor racing festival.

As ever, the star-studded line-up includes idols of two wheels from past and present generations from a variety of racing disciplines including GP, Superbike and Road Racing.

The 1990 World Superbike Champion and former 500cc Yamaha rider Raymond Roche will also be donning his leathers and will have fellow British Superbike Champions John Reynolds and Tommy Hill, as well as current BSB young gun Luke Mossey, joining him on track at the Classic.

Fans of pure Road Racing won’t be left wanting either. Peter Hickman, a multiple TT race winner, is renowned as the fastest road racer in the world. He will be joined by fellow TT competitor, Maria Costello, who also holds a number of records, including the accolade of the first female competitor to compete on two and three wheels in the same year after campaigning both solo and sidecar races on the Isle of Man earlier this year.

As well as taking to the famous Silverstone Grand Prix circuit at lunchtime on Saturday and Sunday, the World GP Bike Legends will be available throughout the weekend for meet and greets, selfies and autographs in the all-new MotoWorld bike zone at the Classic.

Whether fans of two or four wheels, all those attending this summer’s Classic are guaranteed three days of unrivalled retro racing spectacle enhanced by fun-fuelled family entertainment.

This year’s action-packed track programme features over 20 races, including special anniversary celebrations for Bentleys, Capris and Minis plus evocative showdowns for classic era Formula 1, Formula 2 and Formula 3 single-seaters all together on the same race-card for the very first time.

As well as including unlimited access to both race paddocks plus trackside grandstands, tickets also provide admission to all funfair rides, infield attractions, interactive activities and amusements for all ages… and, of course, MotoWorld. Also included are the evocatively vibrant live music concerts on both Friday and Saturday evenings, this year honouring the 50th anniversary of the seminal Woodstock festival in 1969.

Full details of all tickets (which must be purchased in advance) – as well as hospitality packages and weekend festival camping – can be found on the official  www.silverstoneclassic.com website.