WORLD RX MOVES ON TO BELGIUM AND METTET FOR ROUND THREE 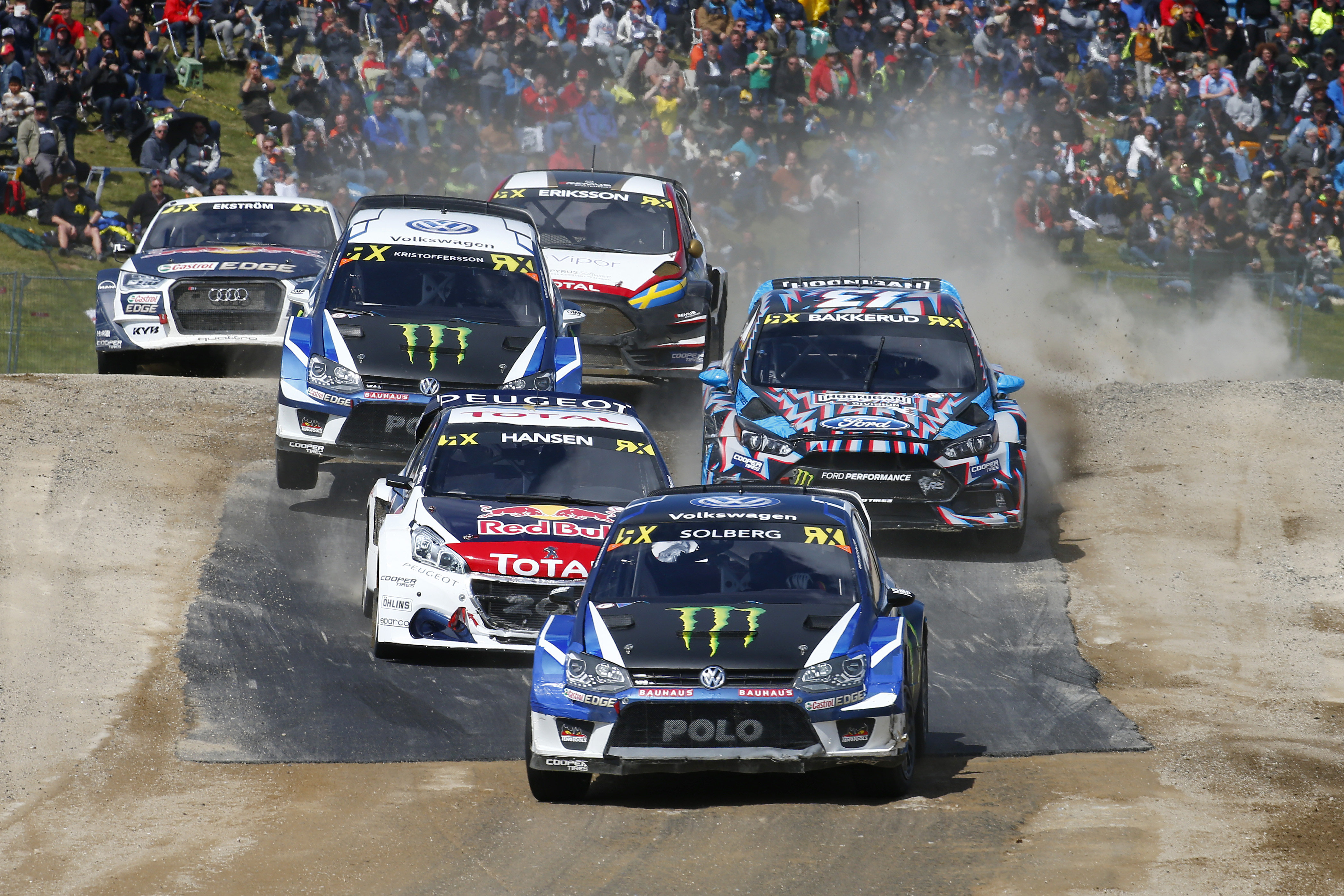 The 2018 FIA World Rallycross Championship presented by Monster Energy continues with round three and the Coyote World RX of Belgium this weekend, held at the challenging Jules Tacheny Circuit in Mettet.

Defending champion Johan Kristoffersson leads the standings after claiming his second win of the season last time out in Portugal. The PSRX Volkswagen Sweden driver’s triumph in Montalegre sees the Swede extend his advantage to nine points over Andreas Bakkerud (EKS Audi Sport).

In World RX, local favourite Francois Duval makes his latest appearance on home soil as part of a 16-strong Supercar entry. A finalist at Mettet in 2016, former World Rally driver Duval will drive an ex-EKS Audi S1 prepared by Comtoyou Racing in what will be the maiden World RX appearance for the team, which has a proven track record in circuit racing.

“I am very much looking forward to competing in front of my home fans at Mettet, especially with a top Belgian team like Comtoyou Racing. I haven’t driven the Audi S1 in World RX before but it is clearly a top package so I am confident we can be very competitive. I cannot wait to get back out there,” said Duval.

A year ago, the Belgian round proved to be a pivotal point in the season as the event in which Kristoffersson scored his first victory and ended a three-event winning streak by Mattias Ekstrom. This weekend Ekstrom needs to turn the tables on his compatriot having missed the final in Portugal two weeks ago.

Instead, Ekstrom’s team-mate Bakkerud leads the EKS Audi Sport charge in second overall but comes to Belgium seeking his first podium in Mettet. By contrast, Petter Solberg – third overall a further point adrift of countryman Bakkerud – has never finished off the podium at Mettet, even though he has never topped it.

Team Peugeot Total will be confident of a strong result in Belgium following podiums in Barcelona-Catalunya and Montalegre. Sebastien Loeb from neighbouring France can count upon vocal support, though team-mate Timmy Hansen has the stronger record at Mettet with podiums in 2014 and 2017.

For the first time in 2018, the RX2 International Series presented by Cooper Tires will feature on the racing programme. Guillaume De Ridder flies the flag for Belgium as the highest-placed driver from the 2017 series returning this year having switched to Olsbergs MSE.  In what promises to be a closely-contested championship fight across a seven-round calendar, other anticipated front-runners include William Nilsson, Sondre Evjen, Vasily Gryazin and Oliver Eriksson.

In all, 17 permanent RX2 entries will bid to succeed 2017 champion Cyril Raymond, who in turn begins his 2018 rallycross campaign this weekend in the FIA European Rallycross Championship for Supercars at the wheel of a Peugeot 208. The Frenchman joins an entry list of 28 drivers headed up by series leader Reinis Nitiss and reigning champion Anton Marklund in what will be round two of the five-event season.

The 2018 FIA European Championship for TouringCars kicks off in Belgium with 17 entries across seven different models. Belgian racer Steve Volders is the highest-placed returning driver in his Ford Fiesta as he looks to make a winning start in the three-event series.

World RX Managing Director for IMG, Paul Bellamy commented: “Mettet is always a highlight of the season with its lively atmosphere and a track layout that puts driver and car to the test. With World RX arriving in Belgium on the back of two gripping events, there is no doubt we will see more of the same close racing at Mettet this weekend. With the World RX championship battle beginning to take shape and a packed programme of racing action to look forward to, the Belgian fans will be in for a treat this weekend.”

From a Cooper Tires point of view
Paul Coates, General Manager – Motorsport, Cooper Tire Europe, said: “The Circuit Jules Tacheny Mettet in Belgium poses a few challenges for the Cooper control tyre. This technical track involves heavy braking zones in order to get round tight hairpins. This can generate excessive heat in the specially designed rallycross tread compound, however, the transition onto the gravel sections reduces load and increases wear which helps to dissipate this. Finally there is a jump thrown into the mix, but experience has shown that this tyre is tough, and the rims are more likely to fail under the impacts than the tyre.”

Standings
Full Championship standings can be found at the following link:
www.fiaworldrallycross.com/standings