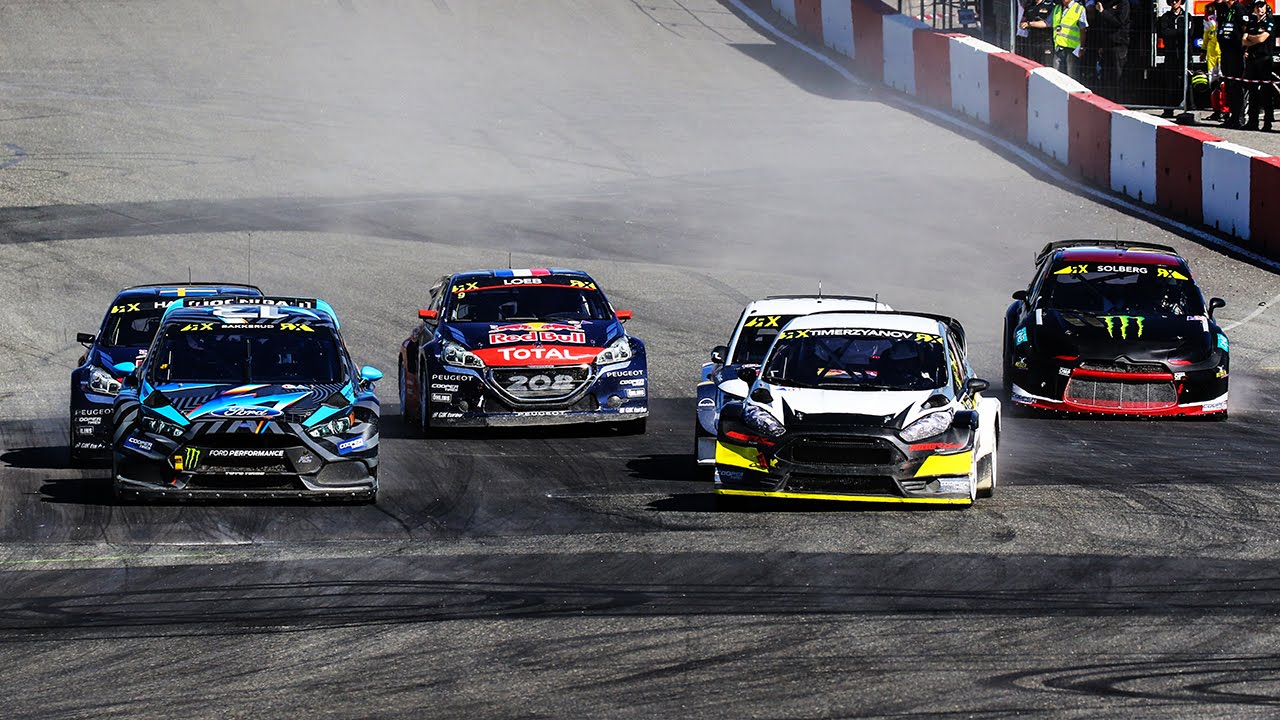 The FIA World Rallycross Championship presented by Monster Energy travels to the Norwegian town of Hell this weekend (9-11 June) for round five of the World Championship: Team Verksted World RX of Norway. The event will take place at the Lankebanen circuit which, at 63 degrees north, is the most northern track in the 12-round World RX calendar.

Out of the 55 Supercars competing in Norway, 22 will race in the World Championship while the remaining 33 will compete for points in the second round of the FIA European Rallycross Championship (Euro RX). Fourteen TouringCar entries and 19 RX2 entries will also compete at Hell RX.

After four rounds, PSRX Volkswagen Sweden’s Johan Kristoffersson tops the standings – four points ahead of reigning World RX Champion, Mattias Ekstrom, who drives for EKS. Third in the standings is double World RX Champion Petter Solberg but the pressure will be on last year’s Hell RX winner Andreas Bakkerud to replicate his 2016 performance where the Norwegian took the first ever clean sweep in World RX history after winning all four qualifying heats, his semi-final and the final.

“It’s great to lead the World Championship. I was equal with Petter after the first round a couple of years ago but now finally I’m leading on my own,” explained series leader, Kristoffersson. “It’s started to sink in more and it’s a very, very good feeling. Especially with the first part of the season going like it did where we didn’t really get the maximum performance out of our package. The main thing for us this year is to win the Teams’ Championship, and I think if me and Petter are doing a great job then we can also have a go at the Drivers’ Championship, and hopefully it will be me, but the other guys will fight hard to knock me off from the lead.”

Three French drivers will also take part: Guerlain Chicherit will continue his development year in a Renault Clio Supercar ahead of racing a new Prodrive-built Megane in World RX next season, while veteran racer Herve Knapick will compete in a Citroen DS3 Supercar. Laurent Bouliou will race an ex-Team Peugeot-Hansen Peugeot 208 Supercar.

The second round of Euro RX will join World RX in Norway, led by round one winner and Championship leader, Anton Marklund. Regular competitors will be joined by Lithuania’s Paulius Pleskovas in a Ford Fiesta, former Euro RX TouringCar Champion and Drive For Live CEO Knut Ove Borseth will return to the driving seat in a Ford Focus Supercar.

Paul Bellamy, World RX Managing Director for IMG, concluded: “Hell is a fantastic rallycross circuit which is full of twists and bends with three left-hand corners and six right-hand turns.  The long straight from the start line can see the cars reach speeds of over 150km/h and the first corner Joke Lap always makes for some exciting action. We also have an astonishing 55 Supercars competing in Norway – our biggest entry of the year so far – and it will be an incredible atmosphere to watch over 50 600bhp Supercars go head-to-head on the Lankebanen circuit.  Last year we saw a home winner as Andreas Bakkerud took the top spot and I’m certain that Petter [Solberg] will be fighting for his first win on home soil.”