WORLD RX VISITS MAGIC HOLJES IN SWEDEN FOR ROUND SEVEN 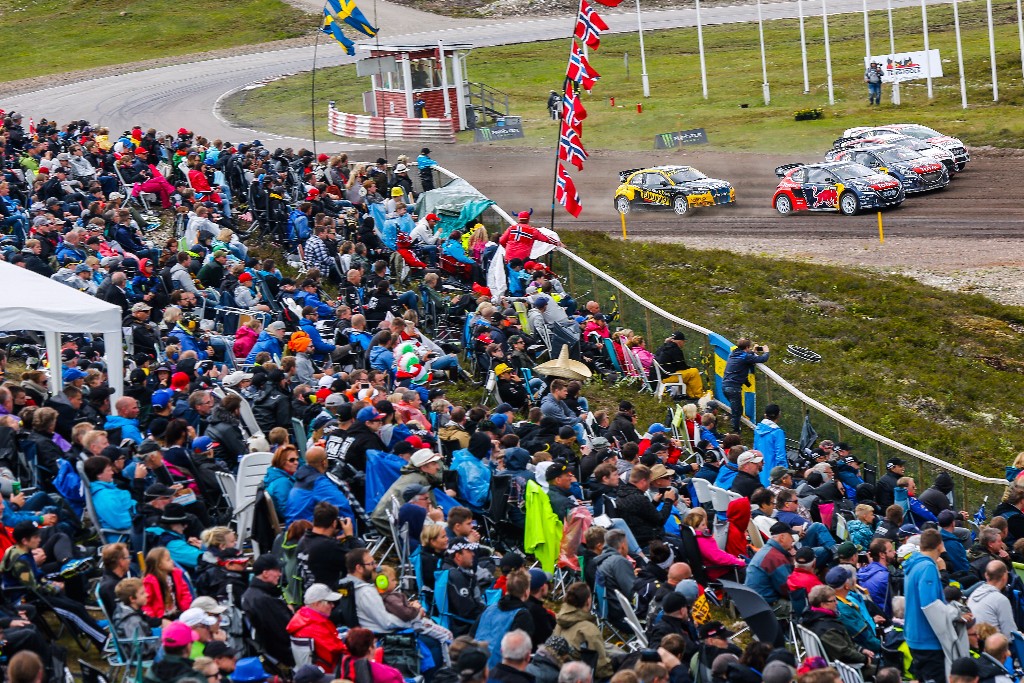 The seventh round of the FIA World Rallycross Championship presented by Monster Energy will take place at the iconic Holjes rallycross circuit in Sweden this weekend (30 June-2 July).   A bumper entry of more than 100 cars have entered the Swedish round of World RX which includes 53 Supercars (22 World RX; 35 Euro RX), an over-subscribed class of 30 Super1600 cars and 24 RX2 entries. It is the biggest entry of the 2017 season so far.

Set in the small village of Holjes in the heart of the Varmland region, rallycross is well established in Sweden – it was the first of the Nordic countries to embrace rallycross, and remains the only country to have hosted an event in the European/FIA Championship since it began in 1973.

Sweden’s Johan Kristoffersson [PSRX Volkswagen Sweden] currently leads the driver standings and will attend his home round of the World Championship with an eight-point lead over Mattias Ekstrom.  Ekstrom, however, has been forced to skip Swecon World RX of Sweden due to DTM commitments and Kristoffersson will be looking to capitalise on this in order to extend his series lead even further.

PG Andersson will step in for Ekstrom at Holjes RX but Reinis Nitiss and Toomas “Topi” Heikkinen will act as nominated team point-scorers for EKS at the event.  Andersson, a former WRC driver, is no stranger to rallycross having contested ten World RX rounds with Marklund Motorsport in 2015.

Andersson explained: “When Mattias called me I didn’t think twice. The opportunity to sit in his car again and to compete against the world’s best rallycross campaigners is an honour for me, especially in Holjes of all places. I can’t wait to do my first laps in Friday’s free practice.”

Competitors in the FIA European Rallycross Championship for Super1600 will race in the third round of the front-wheel drive class, led by series leader, Lithuania’s Kasparas Navickas. Thirty drivers will take part including Latvian team TT Motorsport, which will field a pair of debutant Latvian drivers, Arnis Odins and Juris Spikis in Renault Twingos.

The RX2 International Series presented by Cooper Tires will also be in action in Holjes for its fourth round and the entry list includes a record-breaking 24 drivers.  Defending Champion Cyril Raymond remains unbeaten but with Britain’s Dan Rooke and America’s Tanner’s Whitten both regular podium finishers, Raymond will need to put on another strong showing to score another win. With a total of 13 Swedes and five Norwegians, there will be no shortage of Scandinavians eager to pick up silverware on home soil.

Paul Bellamy, World RX Managing Director for IMG, concluded: “Holjes is the jewel in our rallycross crown and the event that all drivers want to win.  Mattias [Ekstrom] won in 2014 and 2015 but Andreas [Bakkerud] triumphed last year so it will be interesting to see if we can produce a third Holjes RX winner at the magic weekend which attracts tens of thousands of fans each year. The Holjes track is one of the most popular circuits of the year thanks to a layout with features super-quick corners, banked turns and also a jump that can see cars travel as far as 40 metres in the air. With so many local drivers and over 100 entries, the competition will be fierce meaning the smallest of errors in qualifying could cost the teams a spot in the semi-finals.”