WRAP ATTACKS AT THE CLASSIC! 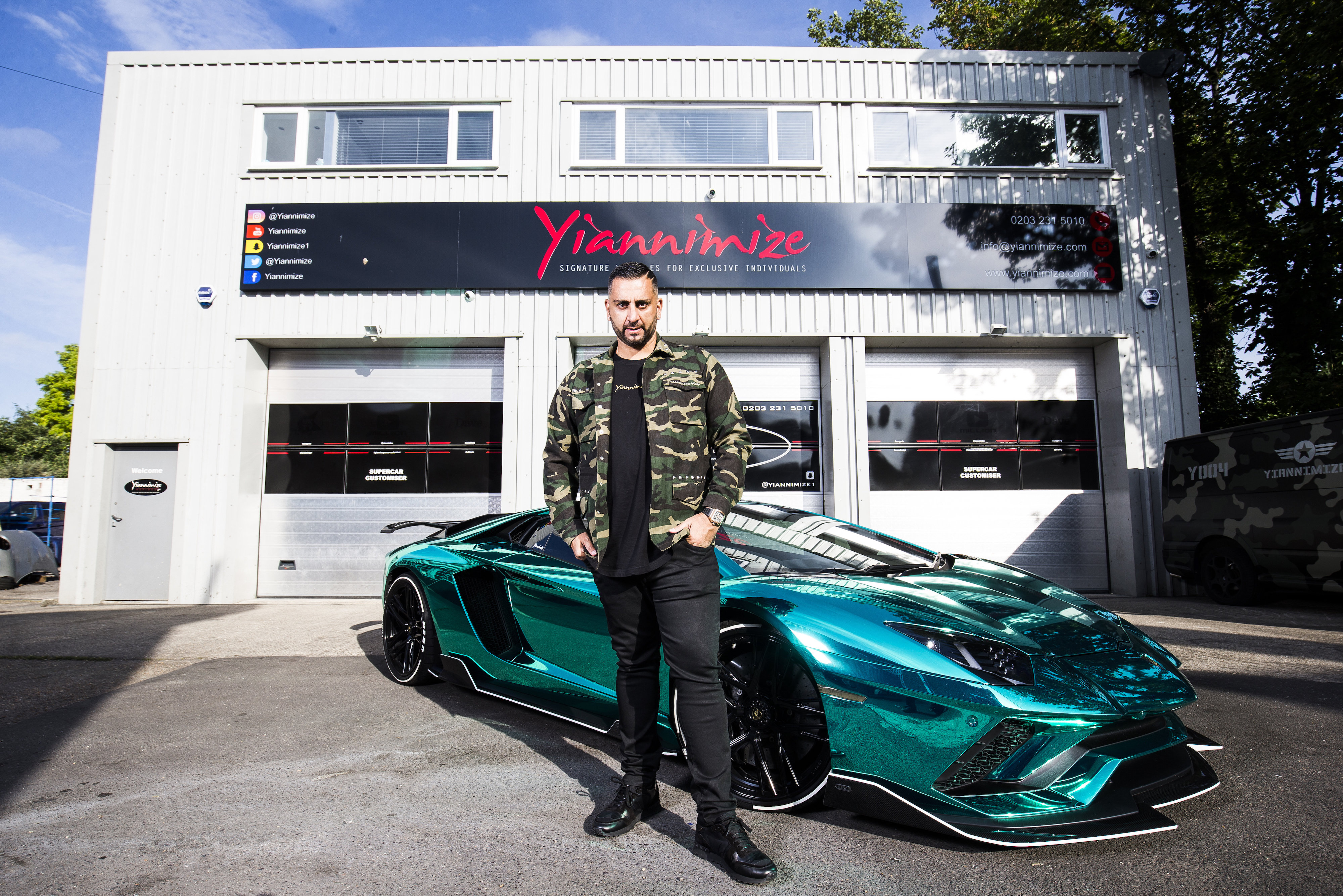 And now for something completely different… this year’s Silverstone Classic (26-28 July) is welcoming Yianni and the supercar wrapping kings from Yiannimize to the non-stop family entertainment show.

The incredible projects performed by the top London-based customisation crew are followed by millions on YouTube and now, and for the very first time, visitors to the world’s biggest classic motor racing festival will be able to experience them in action, too. There will also be ‘meet and greets’ with the business’ legendary owner Yianni, star of his own Yianni: Supercar Customiser show on satellite TV station Dave.

The Yiannimize team will be taking to the stage adjoining the Silverstone Classic’s Village Green for two very special Wrap Attack shows on the Friday of the event, and those attending can bring items to be considered for bespoke on-the-day wrapping.

Showcasing their amazing skills as sought-after by many top personalities from sport and showbiz, there will a stunning Yiannimize-wrapped supercar on stage.

“I’m excited to bridge the gap between old and new,” enthused Yanni with one eye on the thousands of classic cars attending the three-day festival and the other on the modern exotica his company specialises in customising for the rich and famous.

“In all their shapes and sizes, the cars are always the stars at the Classic and we are thrilled to be adding yet another car-themed dimension to the high-octane off-track entertainment,” said Nick Wigley, Silverstone Classic CEO. “Yianni has a huge following both on TV and YouTube and in just a few weeks time all those coming to the Classic on Friday will not only get to experience these eye-opening Wrap Attacks live on stage but also to meet the man himself.”

Following in Yiannimize’s wheel-tracks, the same stage will host Mike Brewer’s ever-popular Car Clinics over the weekend at the Classic. As ever the star of the Wheeler Dealers TV show will be casting his expert eye over an intriguing collection of cars between the packed programme of races on Saturday and Sunday. This year’s line-up includes just about everything from a mighty Dodge Charger to a kid’s pedal car – Mike is going to have lots to say!