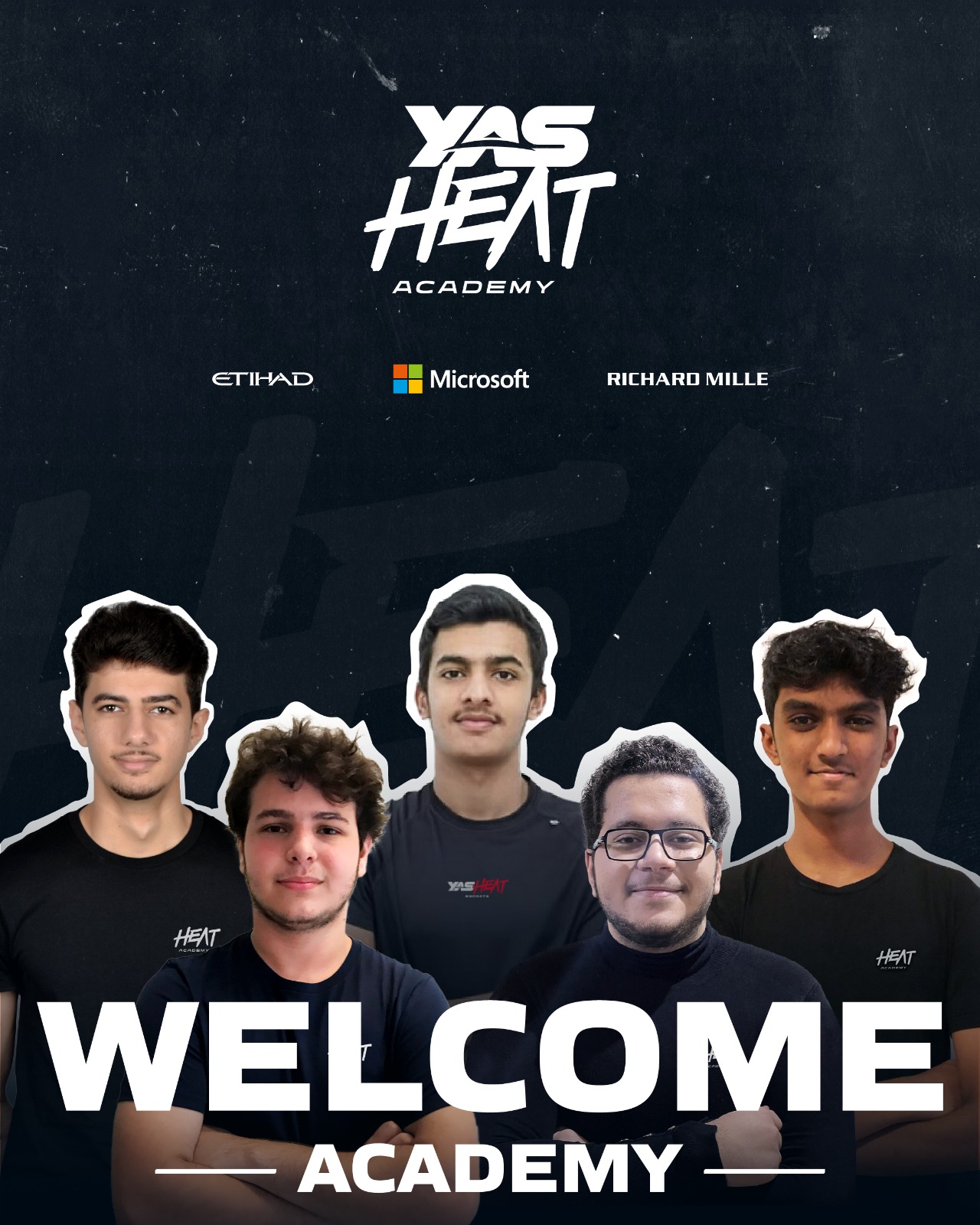 Yas Marina Circuit, Abu Dhabi, UAE, 2 February 2021: YAS HEAT ESPORTS has revealed the selected drivers from the official YAS HEAT Open Trials initiative established in August. The final five will continue to develop and eventually race for the squad in global competitions in the near future.

The final five will work closely with the YAS HEAT international team to better understand car set-ups and racecraft in preparation for their professional esports debuts next year.

The programme set out the goal of recruiting, nurturing and developing the esports superstars of tomorrow, with the intention of selecting a group of drivers who will compete for the Yas Marina Circuit-based outfit on the largest of virtual racing stages.

Following an initial 120 applications to the programme, 32 were shortlisted to go through to the all-important trials process. The 32 ambitious virtual racers were then put through their paces via a weekly time trial challenge to test their all-out pace, featuring a live leaderboard ensuring lap times were consistently improving to meet minimum threshold requirements. This procedure whittled them down to six finalists over a four-week period.

Once the finalists were established, YAS HEAT ambassador and Assetto Corsa driver ‘Jardier’ conducted fun, light-hearted interviews with each of the aspiring racers, bringing out the best of their personalities and enabling judges to get to know them better. Six then turned into five and thus became inductees onto the official YAS HEAT ESPORTS roster.

“It’s been great to watch the progression of the academy drivers over the past few weeks. We were thrilled with the initial applications of 120 keen virtual racers, but then to find five future superstars means the project has been a resounding success.

“Now we can’t wait to move on to the next step of the process, honing and developing their skillset and bringing them on-board with the international team. We’re all really excited to see how they get on as they’ll be competing across a broad range of virtual racing platforms and titles. YAS HEAT is heading into 2021 with high hopes and a lot of confidence.”