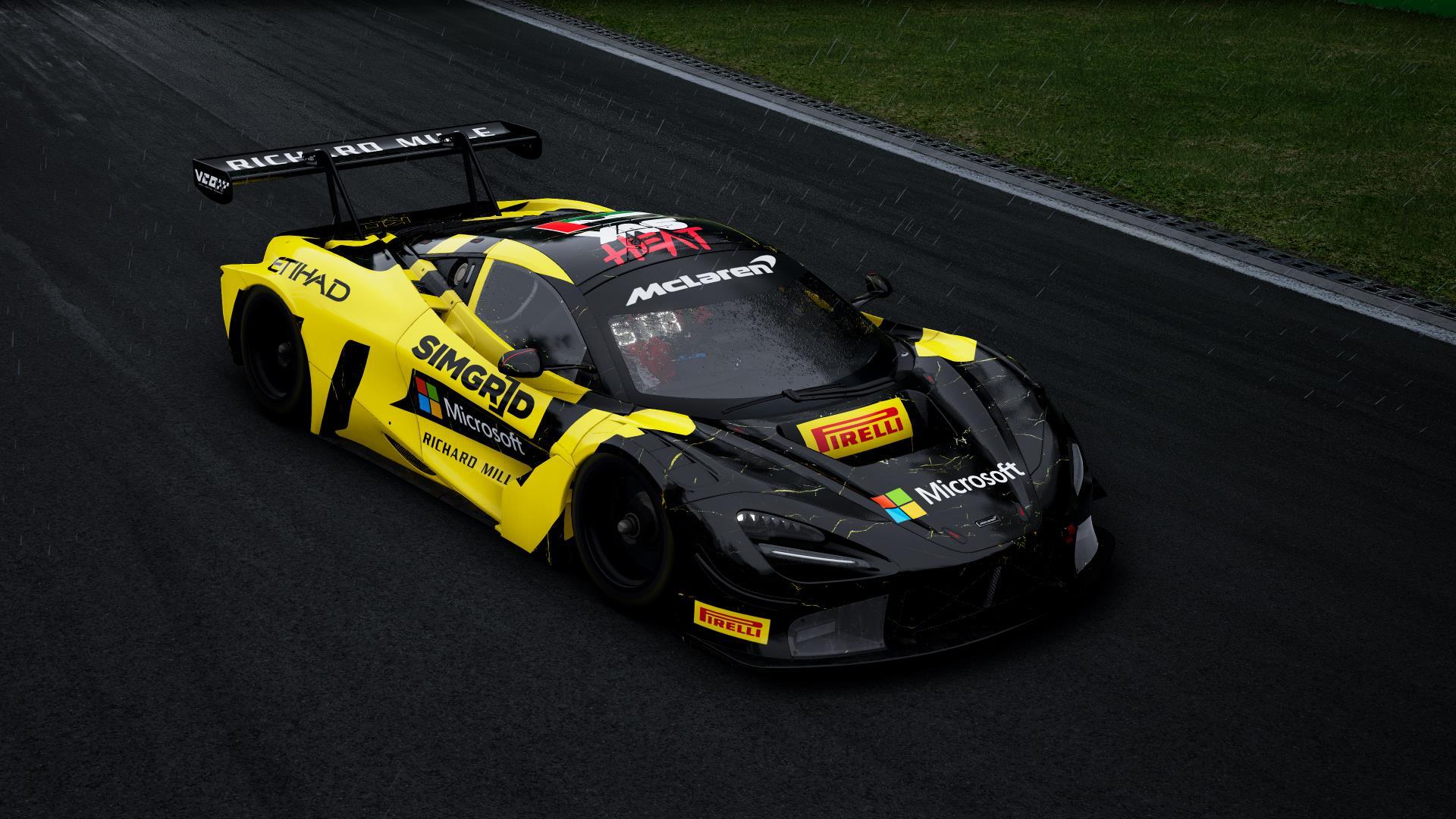 String of strong performances and Virtual Olympics qualification for esports squad as they continue to make waves in virtual motorsport sphere
Yas Marina Circuit, Abu Dhabi, UAE, 10 June 2021: YAS HEAT ESPORTS enjoyed its most successful month of racing to-date after a slew of head-turning results in May. Following the immensely popular Microsoft GP exhibition race – hosted by YAS HEAT earlier in the year – the team is continuing its upward trend and becoming ever-present in esports leagues across the globe.

After qualifying on pole position – with an enviable margin of three tenths of a second – the squad came under pressure before the first round of pit stops, conceding the lead before contact with the third-place car opened up a gap, denying them the opportunity to fight for the victory. Nonetheless, the team most definitely showed that they will once again be fighting at the top of the table.

Meanwhile, the opening round of the Sim Grid x VCO World Cup – also being run on ACC – saw YAS HEAT finish as the highest placed McLaren 720s in P9, with another special edition livery on the car, this time in a vibrant yellow Pirelli colour scheme.

The following 24h race was cut short by an internet issue for the team in the final hour of running, fuelling the fire for the squad to come back stronger and fight for the championship in the remaining rounds.

In the world of Gran Turismo Sport, Angel Inostroza took part in a week-long qualifying event for the 2021 Virtual Olympics. From 4,000 competitors, just 16 have progressed to the first-ever esports inclusive Olympic Games, with YAS HEAT’s own Inostroza qualifying P5 and recording the fastest time from Central and South America.

The YAS HEAT iRacing line-up of Dean Woods, Balazs Remenyik, Joao Văz and Josh Lad are competing in the 2021 ISOWC IndyCar Championship. After two rounds, Vaz is currently the highest placed with P2 in the championship, following his third-place finish at Sebring with team-mate Lad not far behind in fourth.

Since its launch in 2020, YAS HEAT has continued its meteoric rise to the pinnacle of esports entering a total of 1168 races and achieving a win and podium rate of 42.21% and 67.30% respectively.

Saif Al-Noaimi, Team Principal, YAS HEAT said: “May was the best month yet for YAS HEAT. All of our teams and drivers are doing so well in the various titles we are competing in. We’re already establishing ourselves as a top-tier esports team and we haven’t celebrated our first anniversary yet.

“For one of our drivers to qualify for the Virtual Olympics is something we’re hugely proud of, and when you couple that with all of our recent successes on Assetto Corsa and iRacing, we’re definitely on an upward trend!

“I think the statistics speak for themselves. To have a win rate of over 40% and a podium rate of just under 70%, I can’t think of too many teams with those kinds of figures. I can’t wait to see how many more wins and podiums we can achieve before the end of our first year!”