ZMARZLIK: ONE FOR THE TEAM IN CARDIFF 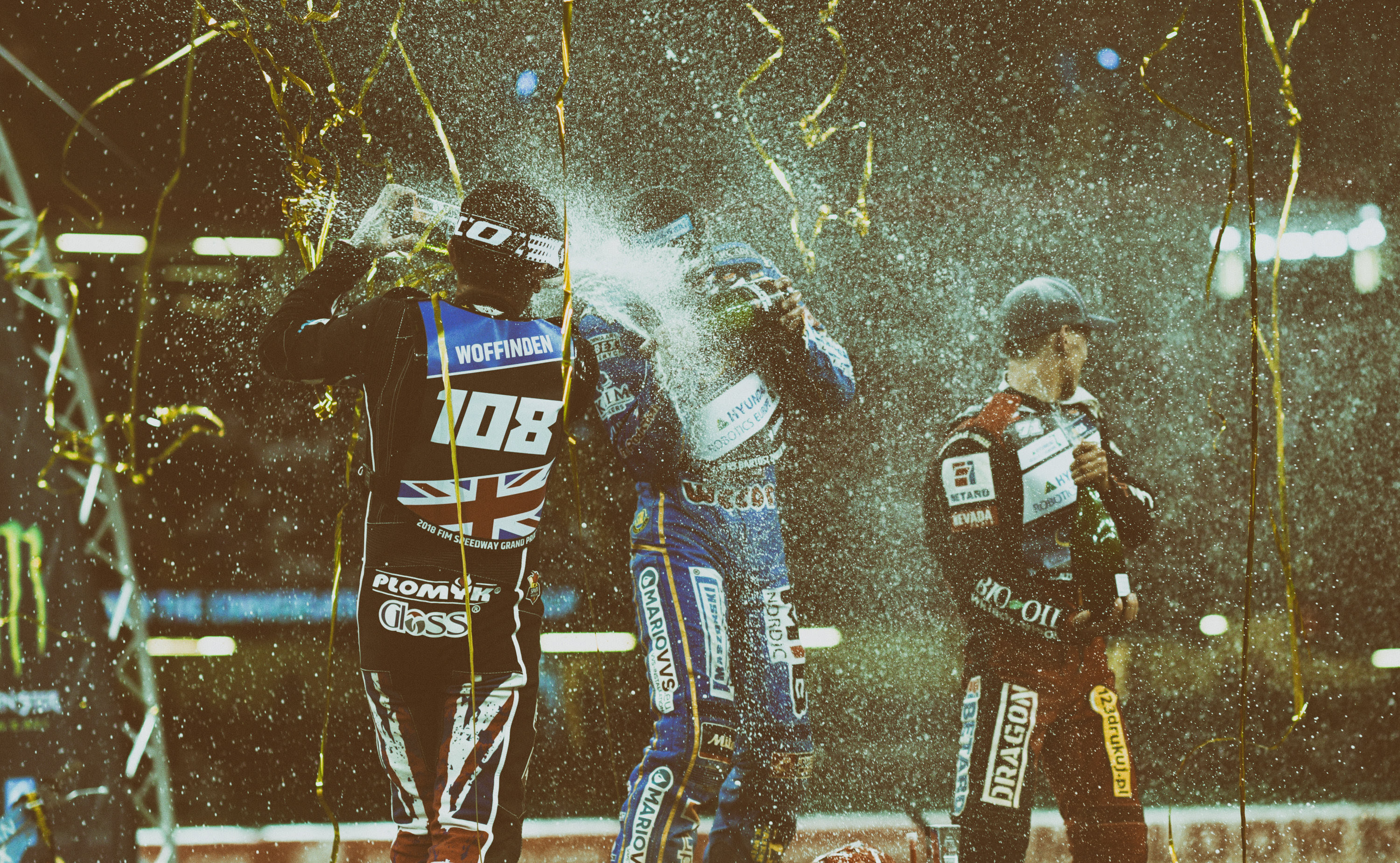 Polish star Bartosz Zmarzlik raced to glory at Cardiff’s Principality Stadium, insisting “that’s for the team – not just for me.”

Zmarzlik topped the podium ahead of home hero Tai Woffinden and fellow Polish international Maciej Janowski after dropping just two points on his way to an impressive haul of 19.

The Gorzow and Vetlanda rider’s electrifying starts and sensational speed made him the man to beat in the Welsh capital, but he admits it has been far from an easy start to SGP 2018.

Despite finishing third at the previous round in Hallstavik, Zmarzlik was not content with 23 points in the opening three rounds, so he’s delighted to have reached the halfway point in the series with a Cardiff victory, and he paid tribute to his team for helping him hit top speed as he became the second straight Polish winner at the Principality Stadium.

Zmarzlik, who follows in the tyre-treads of 2017 winner Janowski, said: “I feel so very good because I won my first GP in Cardiff and this is the third time I have won a GP.

“I’m very happy because my team has worked so very hard all year. They have worked for me and today we got a good result, and that’s for the team – not just for me. The whole team wanted it so badly.

“It has been hard all season for me. I had a little bit of a problem at the start of the GP series. The Polish league and Swedish league were no problem, but sometimes the engines are different for the GP. I didn’t have the right setup. It can be very different with the setup in the GP and I don’t know why. But all the time I am learning with every meeting I do.”

Despite hitting his SGP stride, Zmarzlik isn’t entertaining talk of a medal push. He’s fifth in the standings on 55 points – just four behind Janowski in third and six short of Fredrik Lindgren in second going into the Scandinavian SGP in Malilla on August 11.

He said: “I am only focused on scoring good points and we’ll see what happens after the last round.

“Today is a good day, but tomorrow is a normal day and we must start preparing for the next round. I’m looking forward to Malilla.”

Zmarzlik may not compete regularly in the UK, but he loved his weekend in Cardiff and the support he received from the fans – especially those in Polish red and white, who were well represented in the stands.

He said: “I love racing speedway when there are lots of people – it’s fun to race, but you have to focus when everyone is watching.

“I have to say thank you very much to the Polish fans in Cardiff. There were a lot of people here. It always helps the Polish guys.”

Double world champion Woffinden insists it was job done in Cardiff after he raced to second place and 16 points to extend his World Championship lead from 11 points to 20.

He said: “Obviously it would have been nice to win here for the fans, so I apologise to all the fans for not being able to do that this year. But it will happen one day.

“Do you know what? It doesn’t matter about winning the GP; it’s just another platform to progress towards being world champion.

“In the last few rounds, I have done the job I needed to do and I have extended the lead in every round. The next GP is in Malilla. It’s a track I enjoy racing, so I am really looking forward to that.”

As ever, Woffinden got a raucous reception at the Principality Stadium and hailed his supporters for getting behind him.

He said: “A massive thanks to all the fans – they have been absolutely unreal. I can’t explain how it feels. The Polish boys have it in Warsaw, but here in Cardiff it’s out of this world. It gives you goosebumps, so thank you.”

Third-placed Janowski admits he didn’t have it all his own way. While he won three of his five heat rides, the Wroclaw and Dackarna man suffered a last place and an exclusion.

He said: “It was a very hard night for me. Finally I got to the semi-final and then I really worked hard to get to the final. I almost crashed after the start in the final.

“I was missing something with the setup and it’s hard to say what. I need to look at my equipment and then I will know more.”

With the champagne corks popped on Cardiff 2018, fans can find out the date for the 2019 Adrian Flux British SGP on Sunday.

All supporters who attended this year’s event will be given a week from Monday to book the exact same seats they purchased for Saturday in a special week-long pre-sale.

Follow SpeedwayGP.com and @SpeedwayGP social media for more details in the coming days.